Cricket being the second most popular sport in the world is being followed by people all over the world. While some fans enjoy the latest never-ending trends of game there are many that love the game for many other reasons. Like soccer players, cricketers are also gradually turning into the globally recognized icons. The latest addition of T20 format into the sport especially has glamorized it. For all the good reasons though, cricket has now become much more than a just game. The increasing number of fans idolizing the cricket players pay a closer attention to the lifestyles as well. While many hunt for various reasons to adore their favorite cricketers, a few also watch out of the hairstyles they do pick.

There are many stylish cricketers in the world renowned for their alpha-male athletic build. While other do possess endearing facial expression, however there are a few famous for their weirdest hairstyles. Though a very few of them keep focusing on their hairstyles on consistent basis, there are many with their permanent stylish hairdo. The weirdest hairstyles of cricketers at any stage of their longest careers are as under. 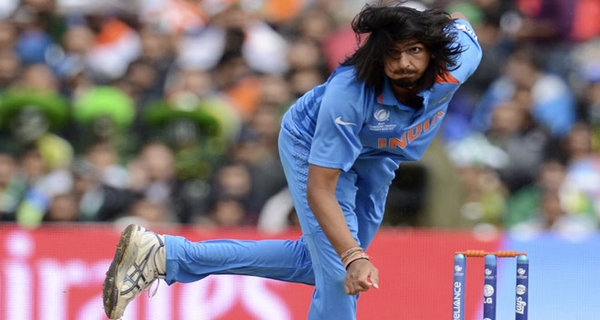 Well he might not be included in the playing squad for the first test against New Zealand, but gets added in our list of weirdest hairstyles. The Indian medium pacer came onto the scene with normal hair until it grew long and covered his full face while bowling. While many would consider it a trend to grow long silky hair, it may cause trouble coming in front of eyes while running hard. To avoid this the player has recently been seen with a Samurai ponytail. Tieng his hair with a band behind his head would surely help him get a better view of what happens with his ball after delivering it. 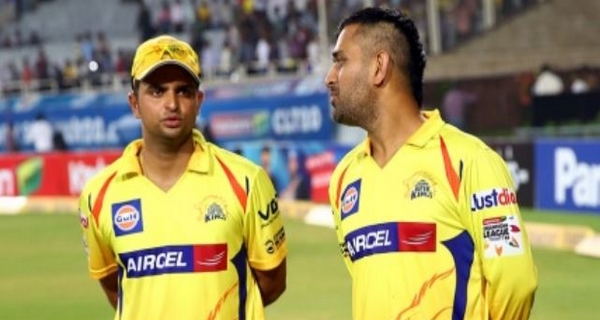 The Indian limited overs skipper is famous for many reasons in cricket. Be it the quickest hands behind the stumps or sending the ball out of stadium through a dynamic ‘helicopter’ MS Dhoni has no spare. Apart from his on field heroics one of the best wicketkeepers is also famous for his cool and calm nature. The player is the literal elucidation of ‘he came, he saw and he conquered’. One of the most innovative and best skippers in cricket history reached the heights of fame in a very short time. Thus keeping him up to date was a must for Mahi. During his early days MS Dhoni was with silky long hair however as time passed various weirdest hairstyles were tried by him. Some of them certainly appeared cool on him while many got the fans scratching their head in thoughts. 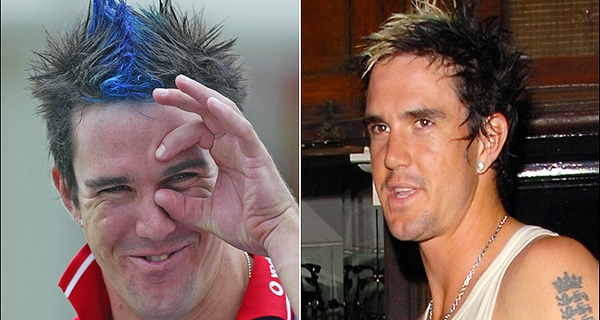 The former English player, though he has not retired form cricket yet but the chances of his comeback are rare, enjoyed the game to its fullest. One of the best batsman England cricket team ever managed to craft was bold, lively and expressive both on and off the field. Let controversies apart, Kevin Pietersen was one of the most reliable middle order batsman. Same goes with his looks for he was well aware of how things work in modern days. His tall stature combined with sporty physique make him one of the hottest guys in business. As for his hairdo are concerned, KP went on to experiment various styles in his bloom days. From long running down hair to the part blonde streaks up on the middle KP did try many hairstyles. 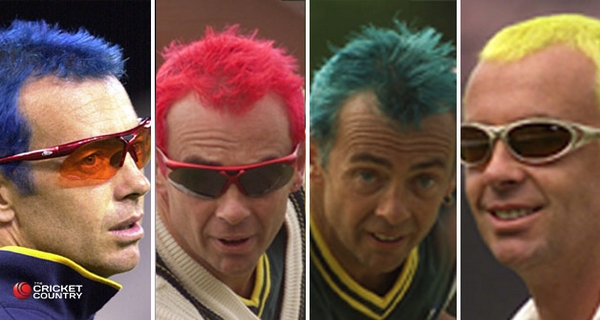 The former Aussie player also went for the color rather the size or structure of hair that too for a short time period. Nicknamed as Funky the former player once dyed his hair blue. While many try the shade striking a few straps of the hair either blue or pink now a day, Miller dyed his whole skull thus appearing semi-bluish on top. One of the recklessly put up weirdest hairstyles caught great attention afterwards but all in mockery. 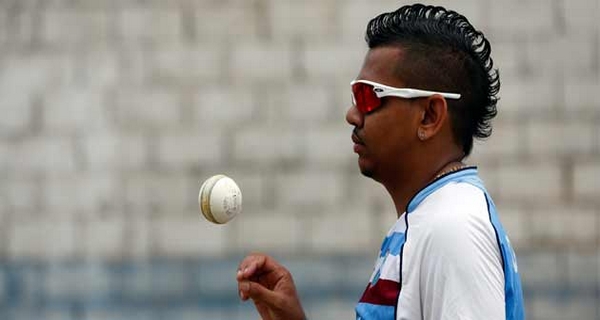 It appears that Sunil Narine also follows his fellow lad Andre Russel when it’s about hairstyles however his down-to-earth personality forbids him to adopt in full. Thus Sunil Narine’s hairdo comes as mysterious as his bowling action. One of the best economy rate holders in T20 format is a special talent. Although he has been through some hard time due to his illegal bowling controversy however even after remodeling the action he seems equally affective. On the other hand his hairstyle is still hung somewhere between a Mohawk and curls. 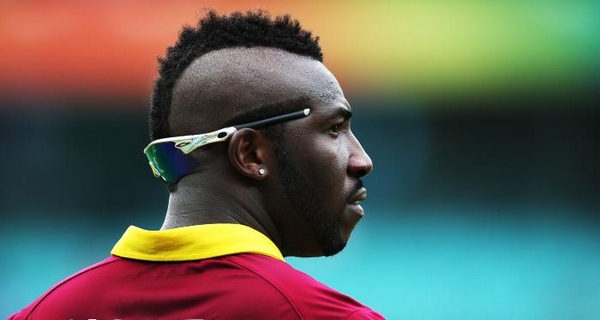 One of the best all-rounders in today’s cricket is also versatile when it comes to his looks. His hairstyles especially qualify to be called as the weirdest hairstyles in cricket world. West Indians are never shy of anything in cricket. The reason the play bold makes them one of the most dangerous sides in the world. Similarly their lively-hearted gestures make them most adored ones. Andre Russel especially has a unique flavor among cricketers along with his teammates DJ Bravo and Darren Sammy. His sprightly spirit is also visible from the styles he picks for his hair. His Mohawk along with a distinctive beard have recently turned grey. 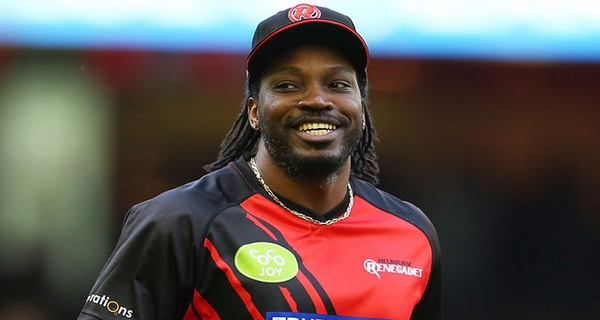 Yet another West Indian entertainer in weirdest hairstyles list and this time a hard hitter one. When it comes to T20, mind automatically shifts to entertainment and Chris Gayle is no less than the personification of entertainment. Be it his hard hitting sky-cracking sixes or the dance skills, Chris Gayle is the true king of t20. Apart from the miracles he often obliges on the pitch, he also makes into the headlines for his unique stuff and appearances. The Universe Boss often appears with various hairdo and the unusual ones. Even after this the funk-guy reputation he possesses in the cricket field never lets him look outlandish in any of these. 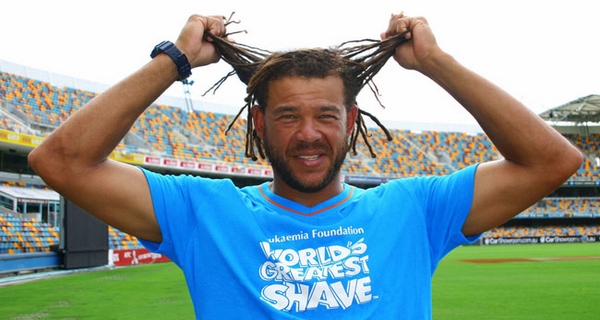 Chris Gayle and Andrew Symonds both shared similar hairdo most of the time during their careers. Both players had dreadlocks for a long time. While Chris Gayle has now decided to go more long-haired Andrew Symonds has gone bald. But wait a minute, the former Aussie all-rounder did not do that in vain. It was to raise the charity for a foundation back in 2009 during a live TV program when he decided to shave his hair and earn 10,000 dollars for the charity. 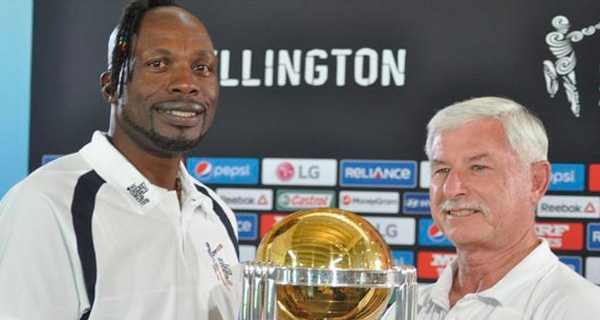 The former West Indian was one of the most fearsome fastest bowlers of his age. However his hairstyles were even weirder than any player in modern day game. Ambrose can easily be named as the trend sitter when it comes to weirdest hairstyles. Throughout his career he has been experimenting with his hairdo going limitless in the process. May be he was trying to be even more scary in his looks so he can bowl with extra dread. Nevertheless, Curtly Ambrose remains a legend both for his bowling and hairstyles. 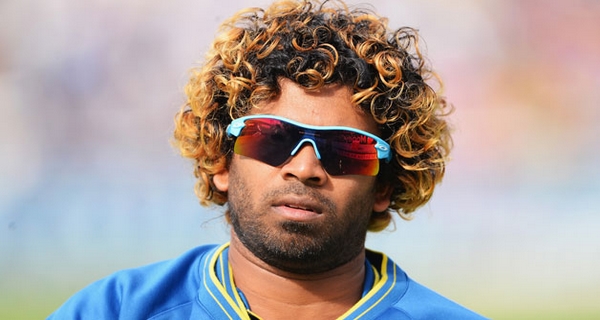 “I just apply color to my hair. If anyone else would have done it, people would have made fun of them. Just because I am a cricketer, it becomes stylish.” See, the advantages of being a personality? Even odd things get accepted as a trend by fans. Lasith Malinga is one of the best bowlers especially in limited overs game. However as for his hairstyle is concerned, he himself has spoken the truth. The curl he gets was somehow wieldy but what about those strong blonde shades put on the hair? A likeness to his unorthodox slingy bowling style. Eh?