Pakistan is a country rich and talent and skill especially in sports arena. Of all Islamic countries in the world, the most unswerving one has been producing enormous performances in the world of hockey squash and cricket lately. However it is the cricket that has been their métier on international level on an uninterrupted basis. The 1992 cricket world champions might appear to have been struggling at the moment particularly in limited overs game, however they can never be underrated. The side has been unpredictable throughout its life span. One aspect of the Pakistan cricket team however has been an obsession – a resource they have never been short of. Fastest bowlers in the world. Pakistan has always been a hub of producing greatest fast bowlers qualified enough to destroy any world class batting lineup.

The one constant in Pakistan cricket team from the beginning – even today when they are at bottom least of ODI rankings, has been their pace attack. There have been the super-quick, men such as Waqar Younis, Shoaib Akhtar and Mohammad Zahid. There have been the fastest bowlers as well as all-round performers, like Imran Khan and Wasim Akram. And there have also been the not-so-quick, but very smart: Fazal, Sarfraz Nawaz, and from the modern vintage, Mohammad Asif and Amir. Pakistani pacers are considered to be the forefathers of reverse swing. Although there have been some of the greatest batting phenomes as well but these are the bowlers those are the reason why Pakistan have won nearly a third of all their Tests and more or less a quarter of away Tests.

The variety in Pakistan’s pace attack is in such abundance that picking up the 10 greatest fast bowlers is a really tough nut. While making a list there are people expected to have strong disagreement with our choice but that is absolutely okay. They are encouraged to give feedback as well as have their say on the topic in the comments box at the bottom of the page. Top 10 greatest fast bowlers from Pakistan cricket are as under as per our assortment. 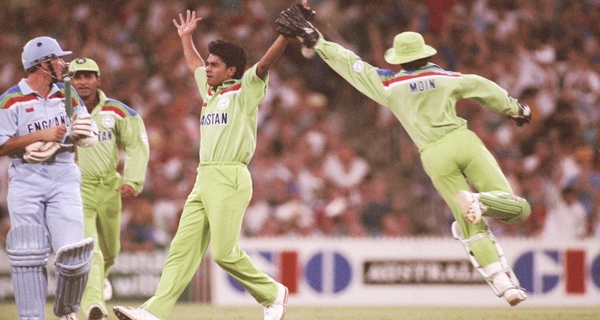 The right handed fast medium has pursued a career in coaching as well after playing as one of the greatest fast bowlers for Pakistan. His ability to swing the ball both ways made him most effective against batsmen. Aqib Javed was particularly lethal against the arch rivals India. He took 54 wickets in his 39 ODIs against India at an average of 24.64. Also he recorded a hat-trick against the same opponent and thus becoming the youngest bowler to have taken an ODI hat-trick. 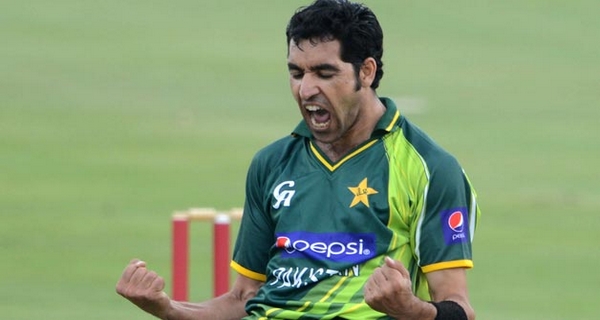 Often considered to be a death-over specialist Umar Gul is yet another fine pacer in Pakistan’s current squad. Although he has not been exceptional in terms of his legacy but considering the performance he has been giving certainly he is one of his kind. His perfectly pitched Yorkers especially in limited overs cricket could easily remove any batsmen’s base making him bowed down. Umar Gul also has been vulnerable to the injuries throughout his career making his permanent presence in the team difficult. 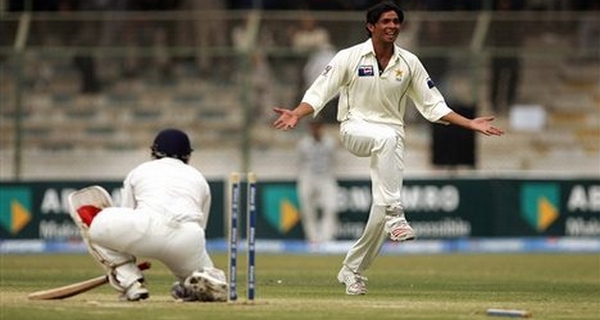 The first victim of the materialistic nature of mankind from team Pakistan along with ODI captain Salman Butt. Muhammad Amir was given an edge of being the immature considering his age group but the act Muhammad Asif did might never get forgiven. No doubt he was one of the best swing bowler in modern day cricket. His ability to swing ball in the air left batsmen tasting dirt at times. A perfect combination of mixed paced suddenly dipping-in deliveries made him very difficult to pick. After serving the punishment imposed on him for deliberately bowling no ball, Muhammad Asif is currently playing domestic cricket. However his chances of return unto International horizon are much rare. At his peak he was one of the best ever wicket taking bowler – the one even AB de Villiers could not resist to applaud. 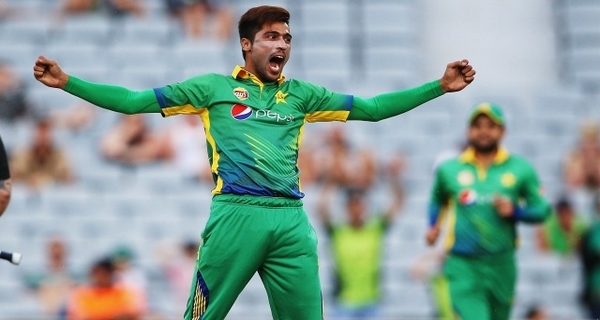 Many would disagree but let controversies alone, Muhammad Amir was one of the greatest finding in fast bowling department. His career can easily be divided into two periods. Before and after the shameful act that almost cost him his career. Before getting distracted to some embarrassing spot fixing actions, Muhammad Amir took the world by a storm for his fast bowling. At very young age he was considered to be a big threat for the batters until that fame took him to humiliating act of spot-fixing. Although he has repented now and is back in international cricket, the five year-gap seems to have affected his performance badly. And why not, he lost his peak years for his voracity of affluence. At 25 he is still handy and more importantly with a chance to re-establish his lost prestige. 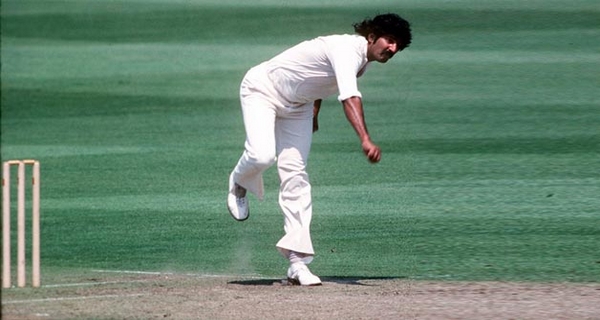 One of the most underrated player in the greatest fast bowlers list. Sarfraz Nawas was certainly overshadowed by Imran Khan back in 70’s. The forerunner of the modern day reverse awing was not equipped with lethal pace. However his ability with the new ball was enough to see him through. Apart from his swing abilities he was easily indulged into bouncer-wars as well depicting the aggressive side of the quick bowling. 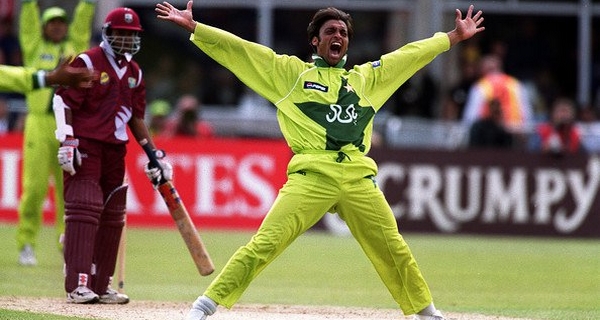 Talk of the pacers and this man does not come to your mind? Impossible. The fastest of all bowlers in the world holding the official record of fastest delivery ever bowled in cricket history Shoaib Akhter was a world class product form Pakistan cricket. Though his career was ruined firstly by scandals and controversies and later on by injuries, Shoaib still remains one of the greatest fast bowlers in history. His lethal pace when converted into a deadly bouncer often caused the worst cricket injuries on the field. With age however he lost his pace thus allowing himself to focus on other technicalities of fast bowling rather than being reliant on raw pace. 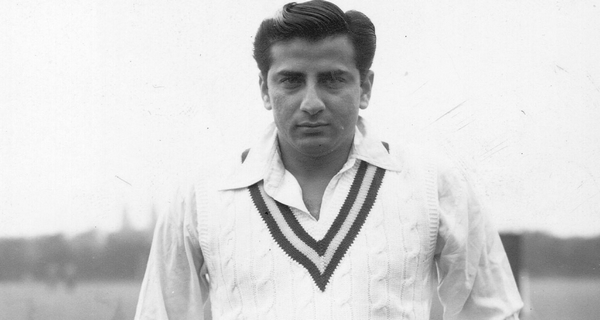 The pioneers of fast bowling in Pakistan Fazal Mahmood was responsible for country’s earlies triumphs. The spiritual father of all pacers in the country wasn’t the quickest rather a perfect one. His performance against the strongest sides, the likes of England, Australia and India made great contribution in Pakistan cricket team’s success. One of the most handsome cricketers of his times Fazal Mahmood is remembered as a cricketing legend in the world. His bowling especially on matting wickets was impossible to play. 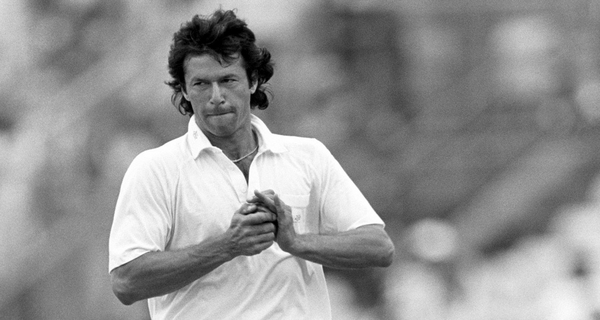 Not just one of the greatest fast bowlers but a brave captain and handy all-rounder as well. At the beginning Imran Khan was never fearsome in terms of pace. However in late 70s and early 80s he transformed himself into one of the complete quick bowlers in the world. His ability to swing the old ball and bend the new one combined with athletic bowling action made him one of the most successful bowlers in history. And who can forget his spell of 12 wickets in Sydney in 1976 that changed the face of Pakistan cricket forever. 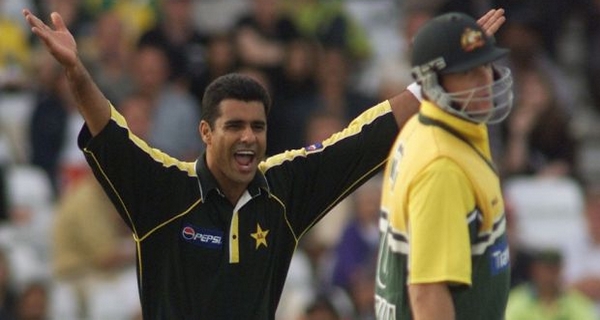 The other ‘W’ of the deadly W-duo of Pakistan cricket history. Wasim Akram and Waqar Younis literally ruled the cricket world together in their peak days. Bursting onto the scene in early 90’s Waqar Younis often appeared to be more lethal than even Wasim Akram. One of the fastest bowlers of his time was a specialist in reverse swing and pitch perfect toe-breaking Yorkers. Proof of his destructive qualities lies in the remarkable statistic that no bowler with over 200 Test wickets has a better strike rate than him. Unlike any other of the greatest fast bowlers relying on fielders, most of Waqar’s preys were either lbw or bowled out. 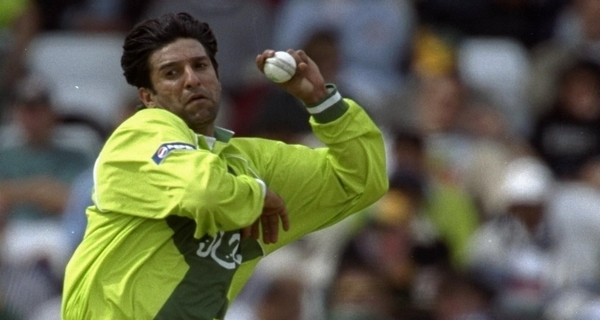 Although other teams in the world such as Australia, England and South Africa also have some of the greatest fast bowlers in the world. In fact the primeval West Indian fast bowling attack has been the most fearsome of all, but the variety Pakistan has had from the beginning was never offered to any team. The modern day English or Australian quicks are some of the most accurately skilled performers however all their talent lies on the struggle and resources they utilize on attaining the perfection.

On the other hand, Pakistani fast bowlers are born talents who need a little polishing before they are ready to conquer the world. Probably the most naturally gifted of all was Wasim Akram. The greatest left-arm bowler of all-time and one of the greatest of any breed, had everything you could ask for in a pacer. Pakistan’s leading wicket-taker in Test format remains a legend in cricket books.