Top 20 Best cricket fielders with most catches in career

‘Catches win the matches’ has been a long lasting phrase in cricket so there will be no discussion on it this time. I mean even the person with least knowledge of the game knows the importance of a catch during a game and there needs to be no assertion on how vital they are. Instead let’s focus on our main topic today and that is the best cricket fielders in the world. Best they are because they have grabbed the most number of catches in all three formats of the game combined. A few years back from now usually wicket keepers used to practice catching skills a lot and as a result a wicketkeepers were considered to be one the best cricket fielders. However with keepers’ duties only restricted behind the stumps, other fielders also needed to be sharp. 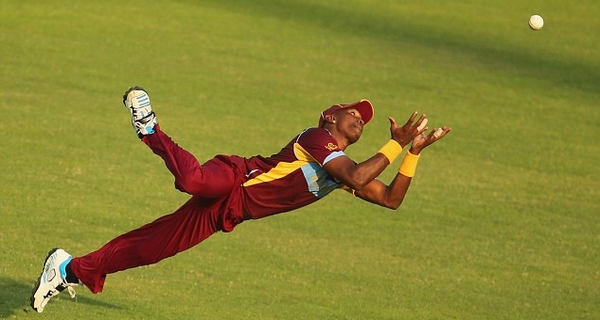 As of today, with the game of cricket stretched to a whole new level, fielders are required to do one of the most important jobs. A side with a group of fielders of quick hands certainly enjoys a better percentage of winning the games as compared to the clumsy squads. Fitness and athleticism has grown into a trend and so has risen the level of fielding of a team. Best cricket fielders in the world aren’t just good catchers but there ground level fielding is also superb. In fact after the introduction of the shortest format of game at the international level, fielding department has developed astonishingly. Unlike veteran players modern day cricketers know how to grab the attraction of selectors and fans as well as media. Being an unbelievably good cricket fielder certainly lessons the chances of opposition scoring rate and in return adds a lot to the fielding side. On an individual level, being one of the best cricket fielders in the world adds an inexpressible feeling of confidence in player’s attitude thus helping him perform extremely well.

Top 20 best fielders in cricket list with most number of career catches mostly includes the players that are no more in action. The reason for the active player’s less inclusion in the list is merely the fact that they have not played so many games yet. Also the fielding position of a cricketer plays a greater role in the number of preys he gets to kill. Fielding at slip position in a test match while on long boundaries in limited overs game inevitably offers more opportunities to take the catches. A list of 20 best cricket fielders with most number of grabs in career is underway. Have a look at the quickest hands in cricket world and in case one of your favorite is not in the list, worry not, because considering the super-human fielding efforts at present, sooner he will be here too.

Top 20 Best cricket fielders with most catches in career