10 videos that prove that Cricket is a gentlemen game

Do you think that the long-told phrase ‘cricket is a gentlemen game ’ is still pertinent to the modern style of fast and furious game? To be honest, cricket has evolved a lot as compared to the days the term came into custom. This evolution in the game of cricket has equal weightage of both benefits and risks for the spirit of the sport. At one end the use of the latest versions modern technology and techniques has made the game one of the top loved sport in the world. While on the other hand the excessive amount of glamour and coinage has ruined the spirit of cricket. Especially with the start of the fastest version of cricket i.e. T20, the fundamental statute of the game, to create patience and tolerance while maintaining the game’s spirit, has been brutally disrupted. 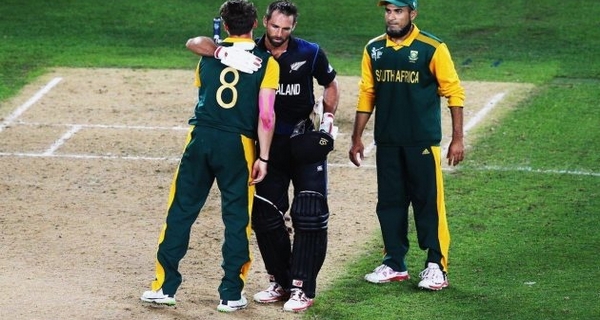 However, all is still not lost. The involvement of the above mentioned factors are also the main reason that cricket is getting immensely popular in the modern world. The more drama and entertainment attracts more crowed towards the stadia thus providing the base for the rapid growth and publicity of the sport. In fact the spirit of the game is not totally ruined as well. The modern ways of playing game and the amount on line for the victorious does actually provides the passion for a side to risk it all for the victory. And sometimes these highly upraised amount of adrenaline may prove terminal to the spirit of cricket but overall still there are examples that restore fans’ belief that indeed cricket is a gentlemen game. 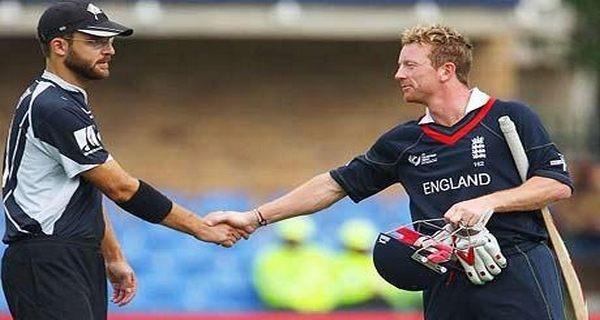 In fact the highly dramatic action packed format of modern day cricket are the main reason for players losing their temper even towards teammates at times as witnessed. However there isn’t any lack of the great show of respect even between arch rivals ascertaining the game of cricket being a gentlemen’s one. Below goes the compilation of some video clips showing that why cricket is a gentlemen game.

10 videos that prove that Cricket is a gentlemen game

After getting the ball touched from his gloves, the former Australian wicketkeeper batsman Adam Gilchrist walks off to pavilion in the semifinal of world cup 2003 even when the umpire did not give him out.

In a furious battle between Australia and Sri Lanka at Dambulla, the world gets a rare scene of sportsmanship in the game of cricket. Australia being bowed down by Lankans for 190-4 after 40 overs gets yet another blow as Andrew Symonds gets lbw after just adding 10 runs. The umpire was quick enough to give him out on Dharmasena’s delivery but the frown on Symonds’ face told a different story. As he was walking back towards the pavilion Sri Lankan skipper Marwan Attapatu realizing the ball getting an inside edge recalls the mighty Australian back on the crease to carry on his inning.

In an incident which could have injured Shahid Afridi badly, the Pakistani hard hitter shows a great display of clemency towards Jacob Oram who had bowled a waist high no ball that hit Afridi on his shoulder. The immediate concern on the face of New Zealand fast bowler also affirms our belief that crickets is a gentlemen game.

In a repetition of Adam Gilchrist’s gestures, Kumar Sangakkara the true gentleman of the cricket world walks off by himself after getting a slight edge well grabbed by English wicket keeper. The moment was even more special as compared to Gilchrist’s honest walk off because even the bowler Stuart Broad did not appeal for the wicket in this case.

The West Indian strike bowler Courtney Walsh refused to mankand Saleem Jaffar in world cup 1987. West Indies could have easily won the game had the run out been appealed however Pakistan won the match with Walsh setting a great example of how to win the hearts. The incident truly proved that cricket is a gentlemen game.

05. Daniel Vettori not appealing for Collingwood’s run out

The true sportsmanship between two of the arch rivals England and New Zealand players. Kiwi skipper Daniel Vettori allowing Paul Collingwood to play even after the third umpire has given him a run out.

04. Team India allowing Ian Bell to play after a controversial run out

On the last ball of a test inning before the tea break, Ian Bell gets run out for he thought the ball has crossed the boundary rope and walks towards the pavilion without noticing that he might get run out. The decision of the third umpire emerges as an out but Indian team allows him to play after the break as a sign of sportsmanship gesture.

Shoaib Akhter and Virender Sehwag being the two of the most furious players in their respective fields were always agonized whenever there was a face off among the two. The rivalry was even more agonized by the traditional contention between Pakistan and India cricket team. However the given below footage shows that at times sportsmanship wins against the biggest of the rivalries.

02. When Grant Elliot won millions of hearts not just the match

In a thrilling contest of the World Cup 2015 semifinal between South Africa and New Zealand, the African born Kiwi batsman Grant Elliot notched up a crucial win to take a spot in the final of the mega event. However the emotions run down the eyes of opposite side as they realized that they will have to wait for yet another time to reach the glory of playing a World Cup final. At this emotional moment Elliot came up with great sportsmanship cheering up Dale Steyn and the whole South African playing XI.

The rivalry between England and Australian cricket teams is no secret and when it’s about Ashes you can expect anything from either side. However even in the blazing contest of Ashes, the former English all-rounder Andrew Flintoff kept the spirit of the game alive as the whole team celebrates after getting the last wicket and he is busy condoling Brett Lee reviving the quote that cricket is a gentlemen game.