Twenty 20 cricket might be a good option for the game’s promotion and entertainment in the shortest period of time possible however the truth is that test cricket still has its own classic taste. The purest form of the gentlemen’s game despite being effected by the shortest versions of cricket stands with its unique reputation. In fact some of the most awaited cricketing events in the world are majorly comprised of the traditional style of cricket. Take for example the Ashes series. Cricket rivalry between Australia and England can never be as intensifying even during a world cup game as it gets during an Ashes’ game. Similar case is with the test matches between Australia and New Zealand. Test cricket is still alive in the world and continues to challenge the supremacy of ODIs and T20Is. Most Wickets in test, Most Test Wickets.

At present there are being made a lot of arrangements to promote test cricket in the world. International Cricket Council is determined to organize a test championship between the test playing nations so test cricket could evolve from a bilateral event to a multilateral contest. On the other hand the introduction of pink ball in test cricket with the idea of playing day/night test matches has already taken a practical shot.  Although as it can be anticipated these ideas would mostly go in favor of bowlers but that is the real test for batsman that how much temperament and skills they have. Maybe that is the reason that some of the best cricket bowlers in the world are preferring to bowl in test formats as compared to ODIS or T20s. Nevertheless, the fact is bowlers have always been much successful in test cricket and the numbers of the highest wicket takers in test cricket is a strong evidence to it. Top 10 highest wicket takers in Test cricket history stand as follows with only two players in top 10 still in action. Read on to find out who are the current active bowlers in highest wicket takers in Test matches top 10 list. 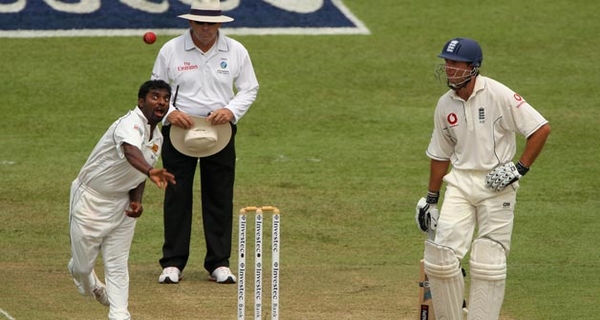 Sri Lankan off-spinner, (if it is suitable to call him off-spinner because looking at his stats he appears something more than just an off-spinner- a spin juggler would be more appropriate I guess.) holds the nearly indestructible record of being at the top of the highest wicket takers in test games list. With exactly 800 test wickets on his name, Muttiah Muralitharan can enjoy the spot for quite an extended period of time as there is no hope of any bowler reaching him in near future. Questions may rise as to the bowling action standards at that time but guess what, this Sri Lankan magician has been belligerent with the prescribed ICC cricket rules of bowling throughout his career. For more than three times his bowling action was alleged to be illegal but each time biomechanical testing led ICC to let him continue his bowling. 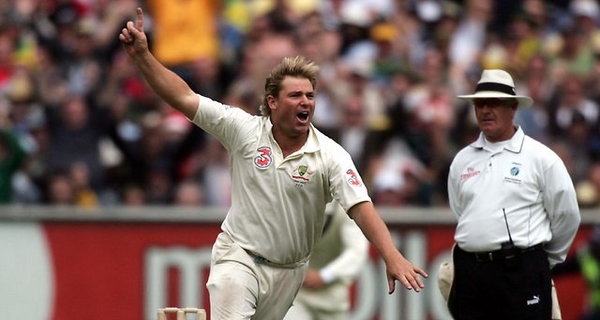 Any man that comes any close to Muttiah Muralitharan’s highest wicket takers record was Shane Warne. The Australian leg spinner who got retired much earlier as compared to Sri Lankan off-spinner, has been a phenomenon in himself.  Regarded as one of the all-time best bowlers in cricket history, Shane Warne is the only player after Muralitharan to have taken 100 international wickets. Unlike the his Sri Lankan competitor, Shane Warne was also a handy lower order batsman with over 3000 test runs on his name as well. In fact he still holds the record of most test runs in career without a century. Apart from being a top test wicket taker, Warne also has been in the center of controversies throughout his career, for his off the field scandals, consumption of prohibited substance and match fixing charges. 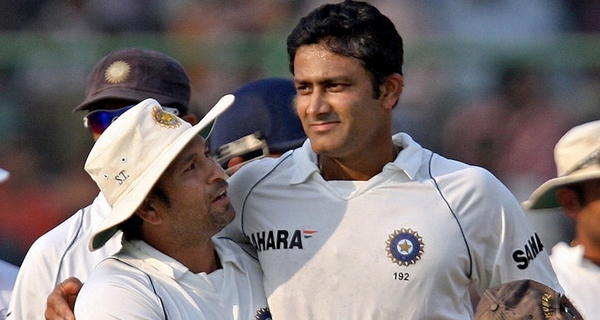 Former Indian leg break googly bowler Anil Kumble is the third amongst the highest wicket takers in test matches. Representing India in more than 130 test games, Anil Kumble took a total of 619 wickets throughout his career including many match winning performances. His best performance in a test match came against arch rivals Pakistan during a 1999 game when he dismissed all 10 batsman of the opposition in a single inning. This feat fetches him the only second bowler to have done so in cricket history, the first being Jim Laker of England during 1950’s. Although Anil Kumble was a reputed spin bowler, he did not actually relied on the turn of the ball but actually focused on pace and accuracy. 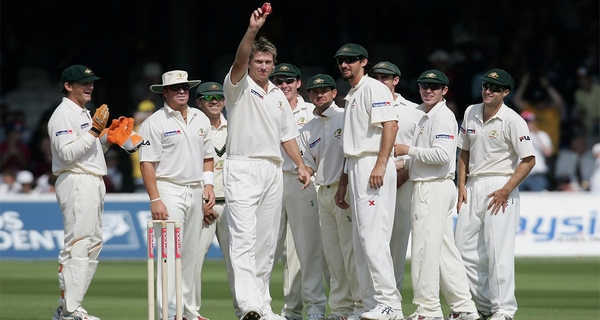 The first pacer in highest wicket takers in tests list after three consecutive spin bowlers is of none other than Glenn McGrath. The main weapon of team Australia in fast bowling department of their golden era of late 90’s Glenn McGrath produced some magical spells not just in test but also in limited overs game. Renowned for his accurate line and length, he holds the world record of taking most wickets in world cups. With his best bowling figures of 8/24 imagine how much economical he was in test cricket. 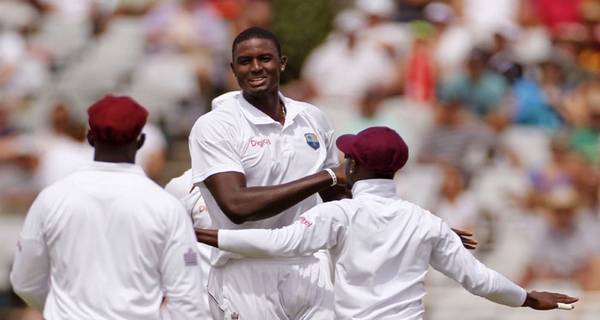 The first bowler to reach 500 test wickets mark was none other than the former West Indian fast bowler Courtney Walsh. Better known for his furious spells along with the fellow West Indian Curtly Ambrose, Walsh went on to take 519 test career wickets before getting retired in 2001. Courtney Walsh is only the 5th bowler to have reached the 500 test wickets mark in the world. However unlike the first four highest wicket takers, he never took 8 or more wickets in an inning of the match. 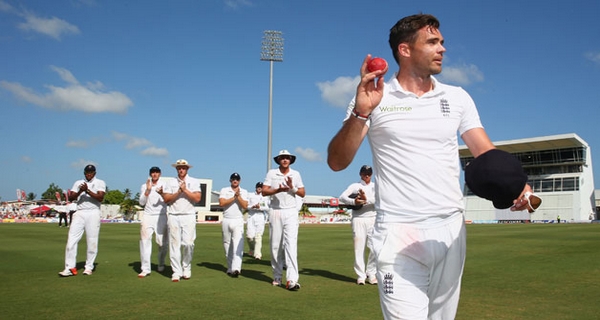 The first active fast bowler in international cricket to have unsettled the highest test wicket takers list is James Anderson. While the whole world was busy in Indian premier league’s treats, the English pacer overtook the former world cup winning Indian captain Kapil Dev. James Anderson claimed 10 wickets in first test against Sri Lanka to jump from 7th to 6th spot in leading test wicket takers list. With a lot of cricket still to play, one of the best fast bowlers is determined to make his spot a resolute one in the list of leading wicket takers in tests. 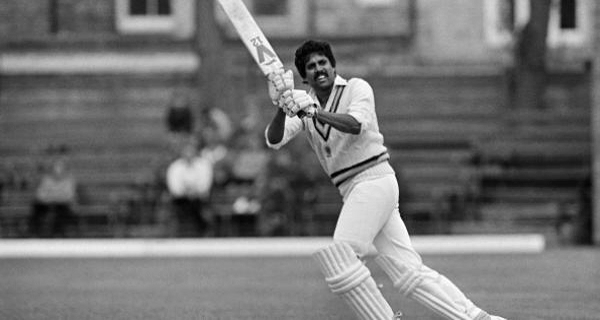 The 1983 World Cup winner captain for team India Kapil Dev has 434 test wickets on his name with an average of 29.64 and astonishing economy of just 2.78. An authentic all-rounder, Kapil loved being aggressive in games using his out-swingers against the opening batsman while demolishing the tail-enders with his in-swinging deliveries. Till date he is the only player in cricket history to have taken 400 plus wickets and scored 5000 test runs. 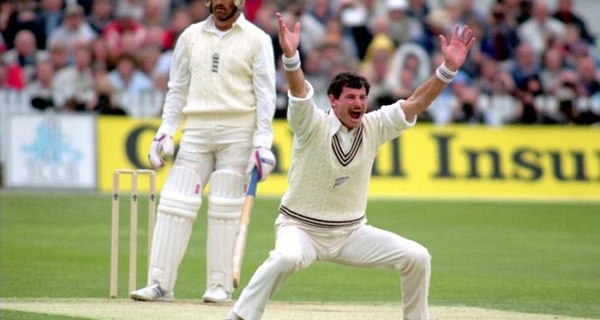 Arguably the original ‘Sultan of Swing’ Richard Hadlee is a former New Zealand bowling all-rounder who took the wicket taking race in cricket to new heights. The first bowler to reach 400 wickets in his career Hadlee was an expert in conventional swing of the ball. In 1990 he was knighted for his services for the game making the world know him as Sir Richard Hadlee – the man with 431 wickets in his 86 test match career span. 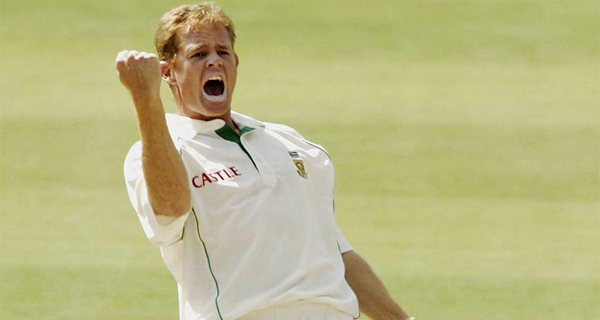 Inheriting the cricket jeans from his father Peter Pollock, the former South African all-rounder belonged to a renowned cricket family. His father Peter Pollock has been a great fast bowler of his time as well as his uncle Graeme Pollock. During his 13 year career Shaun Pollock had the opportunity to lead South African team as well from 2000 to 2003. With a total of 421 test wickets on his name Shaun stands as one of the highest wicket takers in test cricket history. 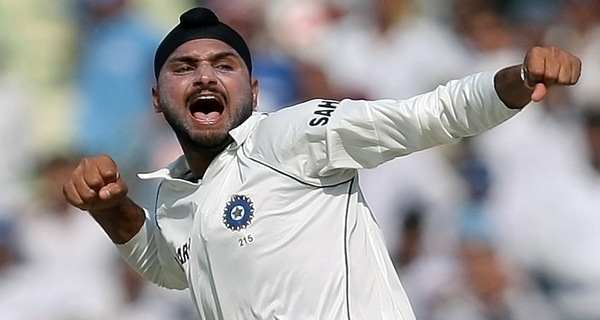 One of the most aggressive player to have represented Indian cricket team, Harbhajan Singh is the only second active player after James Anderson in highest wicket takers in tests list. Although he has been missing a spot in test squad lately Harbhajan has made a surprise comeback in ODIs as well. Like many other off-spinners, he has been confronted by the ICC over the suspicion of the legality of his bowling action a few times in his career, however in most recent times when a crackdown against the bowlers with illegal bowling actions is effective he has been an exception.

So Who is the Best Bowler among these Highest wicket takers in test cricket?