Cristiano Ronaldo in a funny fitness video with overweight comedian

Cristiano Ronaldo is the newly declared Fifa world player of the year but he isn’t having a remarkable year so far. However, in the middle of all the negativity regarding Ronaldo and his boys’ performance, the player has gone on to do something really bizarre, as it often is when it comes to his ads and videos. Ronaldo has been seen in a weird mock fitness video with comedian Christian Busath, wearing just swim shorts to highlight their contrasting bodies. 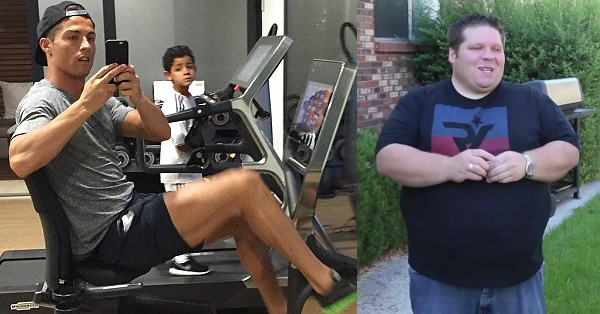 In this funny guide to vital gym skills such as touching the toes, the 48-year old American actor Busath first insists that the soccer star warms up first, and instructs him to start the regime by doing the “windmill things” with his arms. 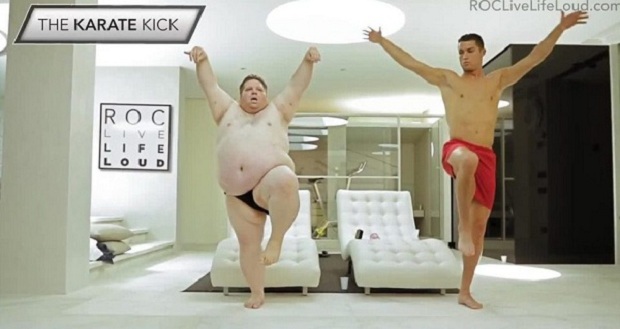 Things got funnier, and quite weirdly so, when the overweight instructor tells the main muscle of Real Madrid to touch his “boobies and then squish them”. The video is made on the context that the Portuguese star is facing problems with fitness and motivation. So, it tries to convey that the player is in a very difficult phase in his life, such that he is neither in shape, nor is he eating healthy. So, together with his instructor, he tries to find a golden goal. 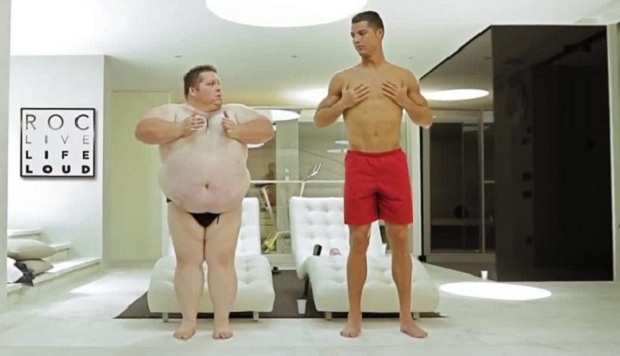 The soccer star is shown to be a fast-learner, of course, since Busath is able to teach him what he thinks is the ultimate fitness workout skill, i.e. the karate kick – in no time. Ronaldo may think of using his newly acquired talent to vent out his frustration at Real’s slow start to the season. Things became noticeably disappointing, as Real Madrid lost to Tottenham in the Champions League match with the scoreboard reading 3-1 in favour of Tottenham, even though Ronaldo managed to bag the last minute goal for his team. 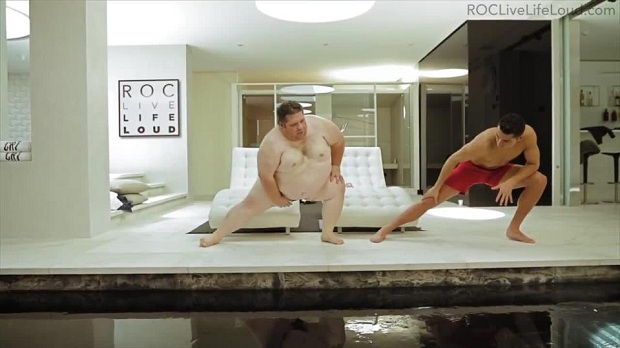 The Portugal skipper was so upset about the loss that he responded with negativity to the idea of renewing his contract with Real Madrid. Of course, this left the media quite shocked, and when a reporter from beIN Sports asked him to confirm this, he said that he did not want to renew, even though he has earlier said that he was happy with his current deal with the team. 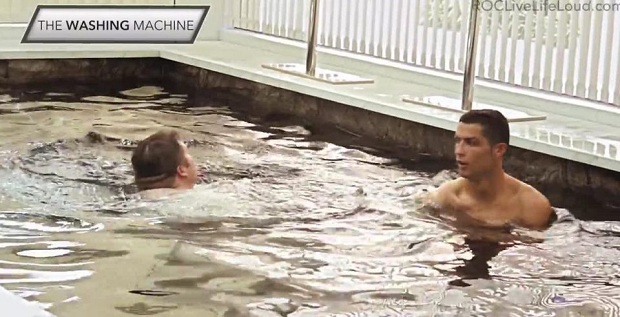 The mock video starring Ronaldo was posted on his Instagram account, and is for ROC Live Life Loud, an audio company which makes headphones and speakers. Ronaldo, in fact, helped form the company, and went into a partnership with Incubrand, a branding and retail experts, as well as with Shareability, a digital content firm.

Cristiano Ronaldo in a funny fitness video with overweight comedian