Cristiano Ronaldo is a father again! And this time, it’s a baby girl. Georgina Rodriguez, who has been in a relationship with the Real Madrid superstar for about a year now, has given birth to the couples first child, a girl at Hospital Quiron Universal in Madrid, near Ronaldo’s house on the nearby gated VIP estate La Finca. The baby has been named Alana Martina. Both the mother and the daughter are doing well. 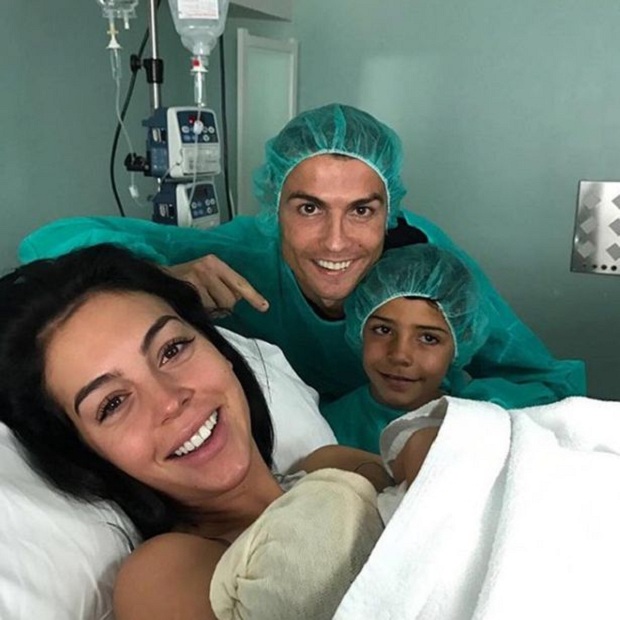 Reportedly, the due date for the couple’s girl was 21st November. The family arrived at the hospital on Sunday afternoon. Later in the night, Ronaldo made a social media post with a picture of himself and his eldest son, with a beaming Georgina lying in the hospital bed, holding the baby. He wrote, “A Alana Martina acaba de nascer! Tanto a Geo como a Alana estão muito bem! Estamos todos muito felizes!” This translates to, “Alana Martina is just born! Both Geo and Alana are doing great! We are all very happy!” 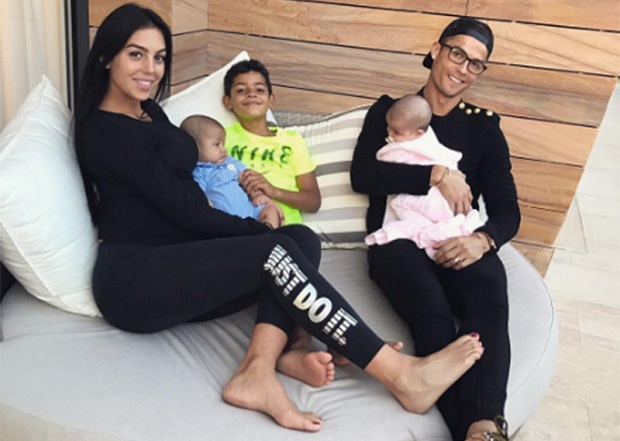 With the birth of Alana Martina, Georgina has become a mother for the first time. However, this is Ronaldo’s fourth child. After Cristiano Ronaldo jr. who is 7 years old, and was born to an unidentified woman assumed to be either a surrogate or a former romantic interest in the soccer player’s life, Ronaldo welcomed his twins, born again to an unidentified woman, earlier this year. 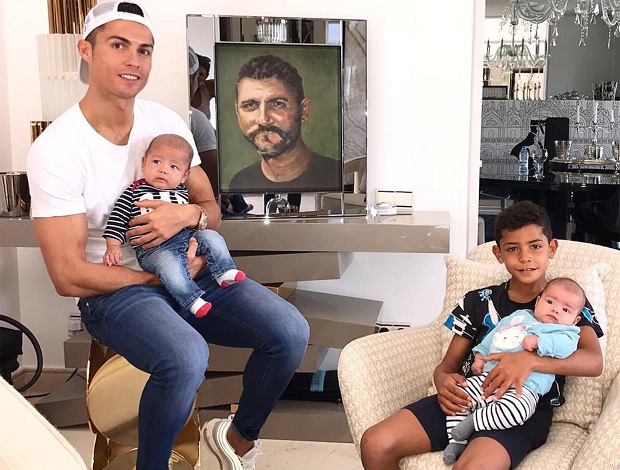 After that, speculations flew around about the pregnancy of Ronaldo’s current girlfriend, Georgina Rodriguez. The couple was unavailable for comments in this regard for a long time, until, in July, they confirmed the pregnancy, after Rodriguez was spotted in Ibiza, showing off her baby bump in a bikini. Earlier, it was believed that Cristiano and Georgina would welcome their child in October. 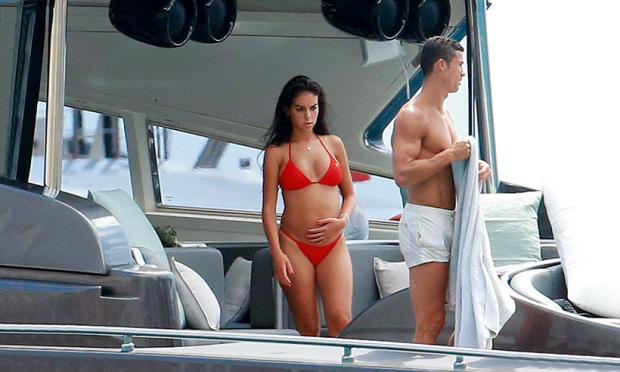 The joyful news of this new addition to Ronaldo’s family came in the middle of recent claims by model and reality TV star Natacha Rodrigues that Ronaldo cheated on Georgina and slept with her in March. The allegations brought up by Natacha describe how she got acquainted with her after his breakup with Irina Shayk, but the couple allegedly spent the night after he was in a relationship with Gerogina. She has revealed more details about how she sent him her videos of herself, how Ronaldo texted her and invited her over, etc.

But, it seems that these allegations have not been able to dampen the spirits of the new parents. Only last week, Ronaldo said in an interview that fatherhood has changed his life, and set him on a unique personal journey. It has softened him, and taught him new things about love and life that he never knew existed. He considers it a privilege to watch his family grow, spending time with them, laughing and sharing wondering memories.