We all know what an amazing footballer Cristiano Ronaldo is. His goal scoring skills and his amazing passes have always proven to be match-winners. Critics, however, often compare him to other players, be it of his time, or of the yesteryears. It might be true there are many other skillful players in the history of soccer. but, how many players are there who can match this Portuguese and net the ball in darkness? Because, Ronaldo scores in complete darkness!

As shocking as it may sound, it is true. Ronaldo has the most extraordinary visual skills, as you will be able to see in this video, where scientists test Ronaldo visual processing. Ronaldo judges where a moving ball might be, in complete darkness, and he scores. Not once, not twice – but THRICE, in succession! And, one of them is a diving header! Night-vision technology makes it possible for us to witness the wonder, as Ronaldo scores in complete darkness. 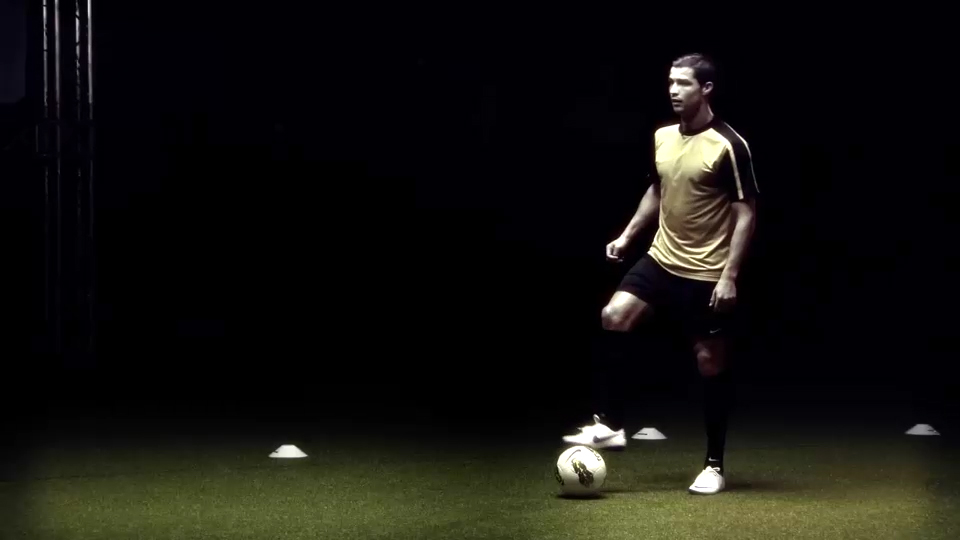 But, one may ask: what is the purpose of such a test? Why would anyone need to score in darkness? The answer is, the importance of visual processing for athletic performance. This video displays a test of Ronaldo’s visual skills, as a part of the series of scientific tests that Ronaldo took for a documentary, Ronaldo Tested to the Limit, made by Castrol for whom CR7 is a global ambassador, and screened on Sky Sports.

The main focus of this video is on two major elements of sports vision. the first is the skill to gather relevant visual data as fast as possible, to be able to gauge the environment and the situation, and the second is the capability to interpret the gathered data, and predict what is about to happen next. It  is evident that Cristiano Ronaldo’s skill in this regard has been developed to an absurd level.