Shock defeats or upsets are not a fresh phenomenon in sporting history still they manage to surprise the whole world whenever such events occur. Like any other game in the world, cricket is also a game of fortunes. On your day, you can do an unthinkable or when it’s not your time nothing goes right. A Cricket match between two sides of equivalent caliber is always an interesting event as nobody knows the possible outcome. However these are the underrated teams in cricket world which mostly give shocking performances to stun the whole world. Biggest upsets in cricket history are upsets only because they have been done by the sides one would rarely imagine of doing. However that does not mean that these events are rare in cricket history. Throughout the history of the game, there have been matches worth calling the biggest upsets in cricket world. Top 10 biggest upsets in cricket (ODIs) from the recent decades of cricketing history can be conscripted as under. 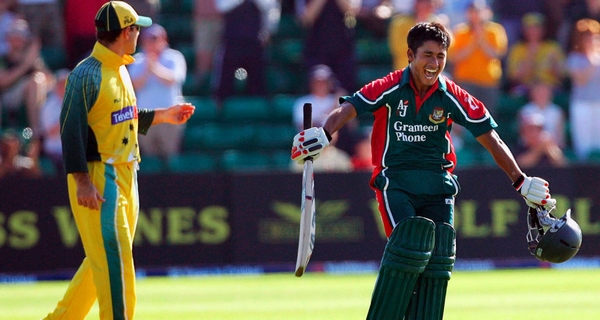 In one of the most thrilling ODI encounters between the underdogs Bangladesh and mighty Australian, Bengal Tigers came up victorious shocking the whole world. Having won just 9 of their 107 previous matches that also just two against the test playing nations, Bangladesh chased down the 249 run target set up by the Australians.  Mohammad Ashraful led his side to write one of the biggest upsets in Cricket history with his 118 ball 100 run knock followed by Habibul Bashar’s 47. Though Aussies took their vengeance winning the next game against Bangladesh by 10 wickets and subsequently reached the finals of the event as well, the defeat mark of losing to Bangladesh never got scrubbed.

How could the first ever T20 world cup go without some amazement? (Though the final of the event was even more thrilling.) Australia known as the rulers of cricket world were hunted down by Brendan Taylor and company in a rain-effected match at Cape Town. Although the game had no serious impact on the results of the event as it was not a knockout stage game, mighty Australian tasted the bitter truth of being pursuit able. 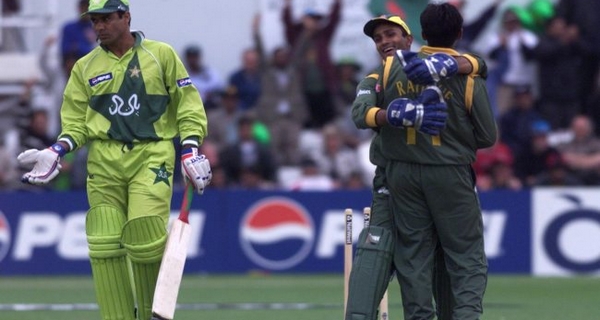 Losing to Australia perhaps was not as much painful for Pakistan Cricket team as becoming the first victims of Bengal Tigers in ODIs. Bangladesh had never win a game against a test playing nation, however against the world class bowling of Pakistan featuring Waseem Akram, Waqar Younis, Shaoib Akhter and Saqlain Mushtaq Bangladeshis put up 223 run target. Saqlain Mushtaq took a brilliant five-wicket haul for Pakistan but only to end up on the losing side. Pakistan’s ever trembling batting line up collapsed just 161 with 6 of their batsmen unable to reach in the double figures. 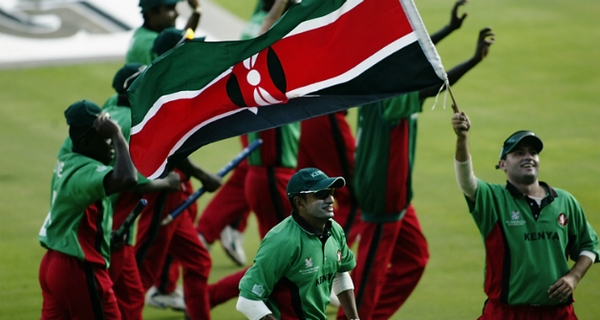 Kenya gets their name into the biggest upsets in cricket history list with their victory over the islanders, Sri Lanka. Surviving the likes of Muralitharan, Chaminda Vaas and Fernando, Kenya set a target of 210 in 50 overs. Apart from Otieno’s 60 run inning no other batsman could put up a great show except for the small but handy contributions. In return Sri Lankan were done and dusted on a mere 157 in in 45 overs. 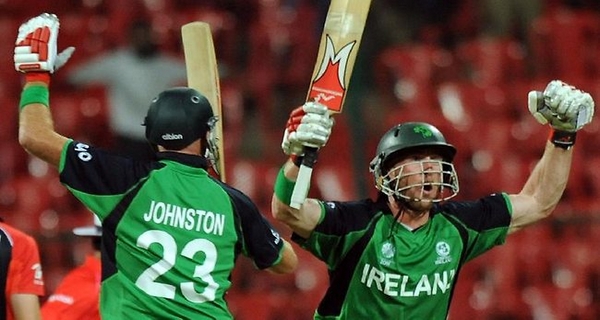 Biggest upsets in cricket are not so much rare now a day however winning a shocker in style is pretty much infrequent these days. Ireland’s triumph over England in 2011 world cup held in India was a beauty in itself as the non-test playing side went on to chase the then highest ever world cup total. A 327 run target for a side known to be a rookie in the game was never achievable unless Kevin O’Brian came unto the crease. Hitting the fastest world cup century against the likes of James Anderson and co., O’Brian stole the show with five balls to spare.  Ireland had lost 5 wickets for an unlucky ‘Nelson’ when O’Brian showed up to hit a 50 ball ton – the fastest in world cups till this day. 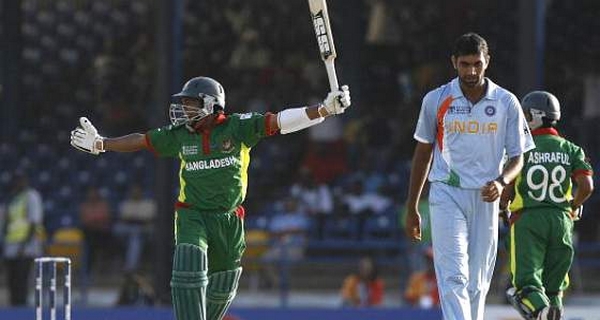 Bangladesh has a long history of making some of the best cricket teams bowed down to their knees. Although their victories in their home grounds are no more one of the biggest upsets in cricket as it has almost become a tradition now. But the match we are talking about was not on Bangladeshi soil, in fact it was in Queen’s Park Oval, Port of Spain, Trinidad and Tobago, when a star stud Indian side collapsed to 191. Bangladesh chased down the target with 9 balls remaining and 5 wickets in hand. Mashrafe Mortaza was declared to be the player of the match for his 4/38 in 9 and a half overs. 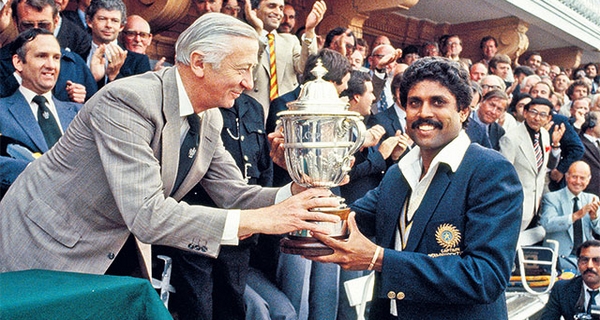 With just 17 wins in their first 9 years of ODI games, India were fortunate to be in a world cup final. However the biggest challenge was yet ahead of them is shape of the might West Indians renowned for their dominance in the cricket world in the last decade. It was miraculous that India managed to pull up one of the biggest upsets in cricket history under the captaincy of Kapil Dev. Having put up just 183 runs in the specified 60 overs India went on win the game by a huge 43 run margin to grab their first ever mega title. 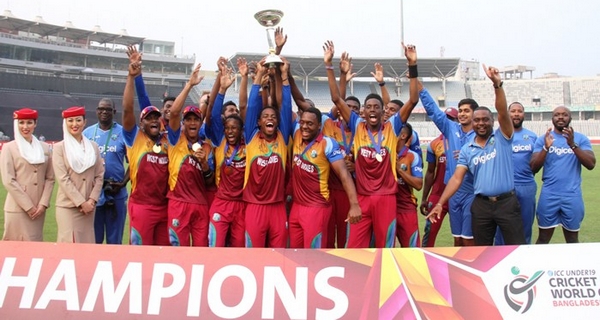 One of the most recent biggest upsets in cricket world, invisible by the fact that it was in the U-19 world cup. However considering the value of a world cup final, whether U-19 or Men’s national, it can be named as a shocker. India, being the heart favorites to win the title, as loaded with number of young players – some of them having IPL contracts had to beat an undisciplined West Indian side for the title. Given the opportunity to bat first, India had put up an easy total of 145 courtesy 51 runs from the most consistent performers of the event Sarfaraz Khan. In reply, West Indies lost half of their side on just 77 runs but some resiliency from Keamo Paul helped his chase down the target in last over. Wes Indies went on to win three world cups in the year 2016. 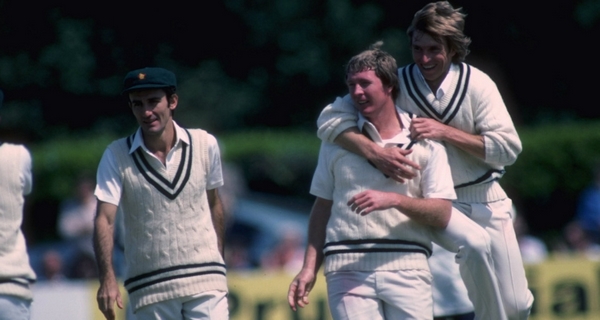 Yet another clash between the most powerful side and the weakest in the business. Interestingly, the game was the first ever ODI match. History will remember this game as one of the biggest upsets in cricket as an infant Zimbabwe side led by Duncan Fletcher’s 69 triumphed down a renowned opposition in their first ever game. Zimbabwe had put on the board a total of 239 courtesy Duncan Fletcher’s unbeaten 69. In reply Australia could reach up to just 226 at the loss of 7 wickets. Again Duncan Fletcher was the hero as he picked up 4/42 in his 11 overs. 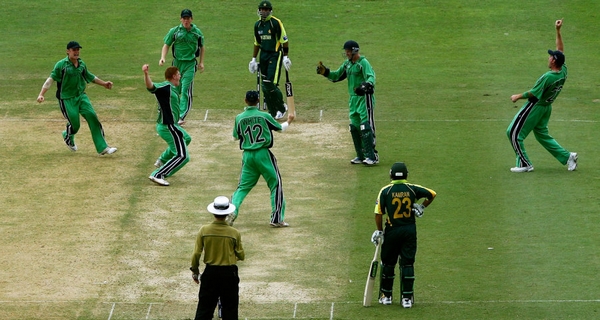 In one of the most shocking defeats in history, Ireland sent team Pakistan home to qualify for the super 8 round of their first ever world cup. Nial O’Brien, whose brother Kevin proved fatal for the Englishmen four years later in 2011 world cup, scored a brilliant 72 run inning to chase down the 132 run target of the Pakistanis. On a difficult pitch favoring Pakistani bowlers, O’Brian showed great courage to pile up the runs and ultimately winning the game. It was the same match when later on Pakistani batting coach Bob Woolmer was found dead in his hotel room.