Home » Sports » When A Man Cries: The Emotional Side Of Cristiano Ronaldo

When A Man Cries: The Emotional Side Of Cristiano Ronaldo

Cristiano Ronaldo is a man of many emotions. And he wears his heart on his sleeves. He is never afraid to show the world how he feels, or simply let out his emotions, no matter someone is watching or not. We have seen his different sides. Just like his happy and angry sides, there is also an emotional side of Cristiano Ronaldo. And we have all been able to see it. Quite often. And it’s easy to understand that Ronaldo is extremely comfortable with his emotions.

Ronaldo has often been angry with his fellow players, as well as with the stalkers, journalists, etc. As a result, he has always been media’s pet angry man. But, we have seen him smile from ear to er after a win, or when his son dressed as Superman has interrupted his interview. We have seen his funny side, playing praks on his friends and playing around with his teammates. We have also seen tears running streaming down from his eyes. He has cried like a child in front of the camera on many ocassions – be it after a grand victory, or an injury that made him leave the field. 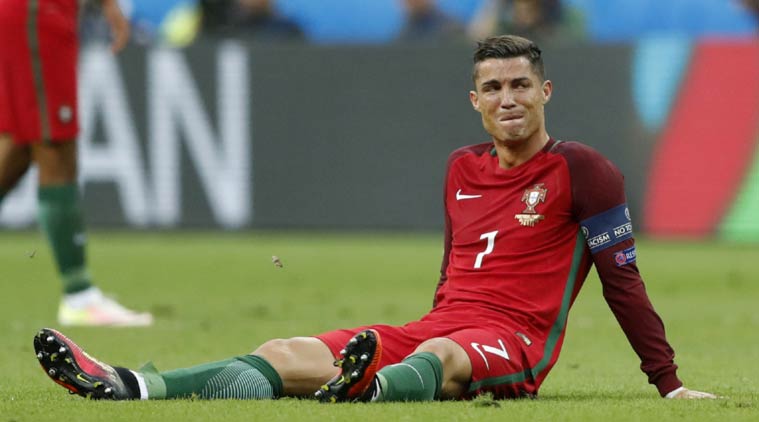 social standards of hypermasculinity dictate that a man must never cry, because crying is believed to be a sign of pain, weakness, vulnerability and softness. Men are not allowed to such things, because these are believed to be characteristics of the ‘lesser beings’, i.e. women. But, the regular display of the emotional side of Cristiano Ronaldo, along with his caring and warm attitude, makes us realize that he is super comfortable with his soft and feminine side, and is secure about his masculinity. Only those who are insecure fear crying adnd showing their vulnerability.

Being associated with one of the toughest sports in the world, there is no doubt about Ronaldo’s strength and power. He is a perfect slap on the face of those who say things like ‘cry like a girl’, or laugh when they see tears in the eyes of men. He is the perfect example of how it is absolutely ok for men to be in touch with their emotions.

When A Man Cries: The Emotional Side Of Cristiano Ronaldo