‘Catches win the matches’ is an old-said yet most genuine phrase in cricket. Cricketers to fit in today’s plying eleven need to be much more than a mere batsman or bowler. In fact modern day cricket’s fate equally depends on the fielding performance of a side as well as on batting and bowling. Cricket history is full of players who got their names into the record books for their super human fielding abilities. However putting history aside, modern day cricket needs every player to be a specialist fielder. Whether he is a bowler or batsman, being an expert at fielding is the most wanted requisite of any team’s selection staff. Fielding department of a cricket team has been given a special focus today, appointing exceptionally expert instructors to help learn  players the fielding techniques. 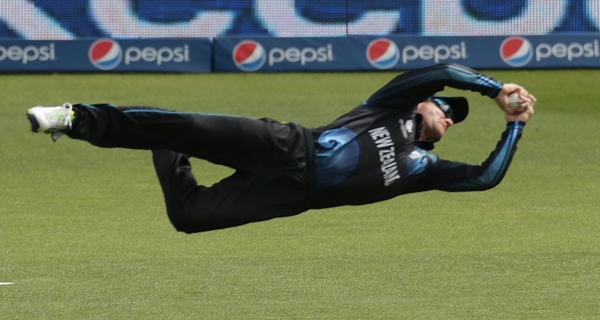 South African legendary fielder Jonty Rhodes was a truly superb fielder in all formats of the game. In fact if there is any cricket player in the world with a global recognition without any outline of batting or bowling he is Jonty Rhodes. Greatest fielder in cricket at his time of playing and still one of the best of today’s cricketers, Jonty Rhodes is a fielding personification. Throughout his career he has been doing wonders so selecting a single one of his efforts would be a nut job. Still, content yourselves with his stunner to dismiss Mathew Hayden in a game against Australia.

Dale Steyn one of the best fast bowlers in cricket currently action. However bowling is not the only talent he is a master in. One of the most feared pacer in cricket world is also a brilliant fielder of the game. Known for his bullet like powerful throws aiming right at the stumps even from the boundary line, Steyn is also an impressive grabber of the ball. His effort against Pakistan in the latest ODI World Cup 2015 to dismiss opener Ahmad Shahzad is one of the most amazing catches any fast bowler has ever taken.

The mighty West Indian Kieron Pollard has a vast reputation of being one of the finest fielders in the world. The 1.96 m tall all-rounder has the unique ability to fly over the boundary ropes despite having a massive physique. Getting help from his elongated limbs clipped with long-fingered hands, Pollard would easily grab a flying birdie while on the pitch. However his strength does not only lies in his hands, both his legs are strong enough to take him off to any ball that would have been over the boundary rope in normal situations. Take a look at one of his most amazing catches in cricket and it is just one taster of hundreds of wonders he has been doing every week.

The former South African all-rounder Jacques Kallis was an amazing talent in cricket world. Not just he holds his name in the top run scorers of test matches his wickets list is also extensive. A perfect all-rounder cricket has ever had, Kallis was an amazing fielder as well. One of the most amazing catches in cricket taken by the veteran Protea features Pakistani aggressive batsman Shahid Afridi. During the 2000 final game at Sharjah when Afridi was batting at 52, Kallis pulled out a running back stunner to send him back to pavilion.

Generally fast bowlers are considered to be poor fielders mostly because of their tall corporal physique.  However the case gets up in the air when we talk about the New Zealand side. Kiwi side is loaded with players able to do wonders in all three departments of the game. Even their bowlers, apart from being the fastest bowlers in the world have the abilities of grabbing the most amazing catches in cricket history. Have any doubts? Well, have a look at this screamer from the young Kiwi pacer Trent Bolt to dismiss West Indian hard hitter Kieron Pollard during a 2014 T20 game and don’t forget to close your mouth in the end.

West Indian most recent cricket team who are the two time T20 world cup champions are indeed unbelievably athletic. The side arguably has the best fielding unit in the world today however a few years back they were not so much impressive as they stand today. Still Vasbert Drakes the former West Indian all-rounder managed to grab what was widely named as the catch of the century, during the World Cup 2003 game against Canada. A one handed stunner while running backwards and finally diving on his back side was a truly one of the most amazing catches in cricket.

Bangladesh cricket team’s methodology towards the game is not as much developed as any other team in the world. However the Bengal tigers are no less than any world class player in their spirit and enthusiasm for the game. Generally regarded a poor fielding side, Bangladesh cricket team has some of the most active hands in cricket world, like Tamim Iqbal for his given below and many alike efforts.

One of the less sung Australian pacer Andy Bichel who represented the national side between 1997 and 2004 was a great fielder as well. Being neglected form the national side mainly because of the young Brett Lee Andy Bichel took a total of 78 wickets in 67 ODIs played at an average of 31. However Australia being already loaded with speed stars like Glenn McGrath, Jason Gillespie and Brett Lee could not offer him much resulting in using his talents as a twelfth man on so many occasions. Despite getting a few chances on the field he has left his marks in grabbing one of the most amazing catches in cricket history.