YouTubers are video bloggers who produce unique content ranging from music, gaming, cooking to beauty, pranks, etc. Successful YouTubers have one thing in common and that is passion towards the content on which they are producing videos and that’s what makes their content unique from what is available on cable TV. The way to measure the success of a YouTuber is by his followers and thus here we countdown the Top 10 Successful YouTubers. 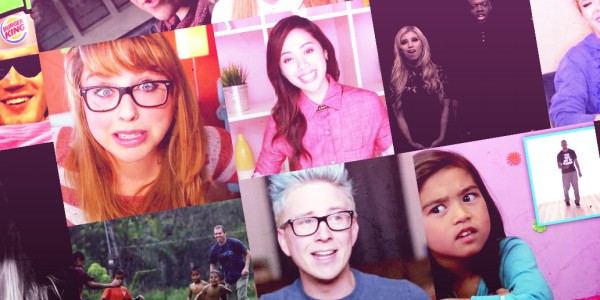 At number 10 in Successful YouTubers is Mark Fischbach aka Markiplier. He is one of the most popular YouTube gamers with more than 13 million subscribers and total view count of 4 billion. He uploads videos ranging from let’s play, gameplay commentary and video game challenges. He is making videos on Indie games, horror survival games and action games.

At number 9 is ERB or Epic Rap Battles. ERB is actually a video series created by Peter Shukoff and Lloyd Ahlquist. It is one of the most popular videos series on the YouTube in which famous characters across video games, pop culture and history face of each other in rap battles. These rap battles are fast and insanely funny. They have 13.2 million subscribers worldwide and a total view count of 2 billion.

At number 8 in Successful YouTubers is The Fine Brothers. The Fine Brother is a duo of Benny and Rafi who make comedy sketches and prank videos. But their trademark videos have become the React videos.  They make videos about teenagers, kids, Elders and YouTubers react to various other videos or news. They made react videos so popular that now many YouTubers have joined the bandwagon. With 13.9 million subscribers and total view count of 3 billion, they are among the best in the business.

At number 7 in Successful YouTubers is Jenna Mourey aka Jenna Marbles. Jenna is the top ranked female YouTuber right now with more than 16 million subscribers and total video count of more than 2 billion. Her videos are basically humorous video blogs based on a variety of topics like “How to Trick People into believing that you are Good Looking”, “How to Avoid Taking to People you don’t want To Talk To”, etc. Her videos have even been featured in articles in The New York Time and ABC News. Apart from that she has also collaborated with other YouTubers like ERB and SMOSH.

At number 6 in Successful YouTubers is Ryan Higa. Ryan Higa has been one of the most popular YouTuber for some time with 17 million subscribers and total view count of his all videos being 2.7 billion. He initially started making videos of him lip syncing to songs but they soon got hit by copyright notice and about this time he started making his own songs and music. He has famous for his comedy sketches and songs in which he collaborates with other people. He has also made many independent movies like Ryan and Sean’s Not So Excellent Adventure, Ninja Melk and Agents of Secret Stuff.

At number 5 in Successful YouTubers is Evan Fong. He is the leading YouTuber from Canada with more than 17 million subscribers and a combined videos view count of 4 billion. His channel is gaming centered with most of the videos being gameplay videos, videos of his playing a game with his friends, completing a game in particular game mode and challenges. Apart from all that he also does comedy sketches.

At number 4 in Successful YouTubers is Ruben Doblas Gunderson aka El Rubius. He is one of the leading YouTubers in terms of followers with 18 million followers, which puts him 4th in time highest followed and 2nd most followed Spanish channel. His channel is famous of his gaming content which ranges from gameplay videos, comedy sketches, vlogs and Q&A sessions with his fans. His total view count for all his videos is a staggering 3.7 billion.

At number 3 is Smosh. SMOSH is a comedy duo comprising of Anthony Pidillia and Ian Hecox. SMOSH have been one of the most popular faces among the teenage audience and are among the first YouTubers to have their own wax statue at Madame Tussaud’s. Famous for their parody videos and comedy sketches, they have over 22 million subscribers till date. They even had movie made on them.

At number 2 in Successful YouTubers is German Garmendia. He is known for his YouTube channel HolaySoyGerman which has more than 28 million subscribers. His channel is the most subscribed Spanish channel. He is comedian, musician, singer and writer. He also posts his songs performed along with his band. He has also written a book called Chupaelperro. He is also the second most subscribed YouTuber in the world right now.

At number 1 in Successful YouTubers is Felix Kjellberg aka PEWDIEPIE. He is the biggest YouTuber right now and the most successful of all time. He has 45 million subscribers, that is 17 million more than the next competitors. He rose to fame because of his wacky sense of humor and funny let’s play videos. He is also the face of YouTube appearing on Billboards. He is also noted to have an Oprah effect on due to his coverage on Indie games, as there has been a noted boost in sales of the games he plays. He is also among the richest YouTubers on the planet.

YouTube is big, not only in terms of numbers but also in terms of influence, cultural importance and business potential. Most YouTubers are just normal people who became superstars on their own accord and now do movies; release singles and even go on world tours pretty much like your other major celebrities. These YouTubers in this list of Top 10 Successful YouTubers are the most popular stars on YouTube with each of their creating their own unique content.