Cristiano Ronaldo has always been known for his amazing style and attitude off the field. No wonder, he is the coveted ambassador for most brands.Nike Football is one of the companies that has managed to have Cristiano Ronaldo endorsing them. The hot footballer has starred in many amazing commercials by the sports accessories company. Recently, they came up with “The Switch”, an amazing Nike commercial starring Cristiano Ronaldo and Anthony Martial. The five-minute film also stars other soccer players like Harry Kane, Ricardo Quaresma, Mascherano and Andrè Gomes. But Ronaldo and martial play the lead.

Cristiano Ronaldo is one of the biggest names in the world of soccer, and for good reasons. Not only has he successfully led his national team Portugal to achieve several wins and great footballing displays, he has also been an exceptional star as a representative of his club, Real Madrid, which he joined after showing his great skills at Manchester United. He is a through and through team player, and at the same time, his personal records are also exceptional. Recently, he received the honour of UEFA Best Player of Europe 2016, putting to rest all speculations about his decline. 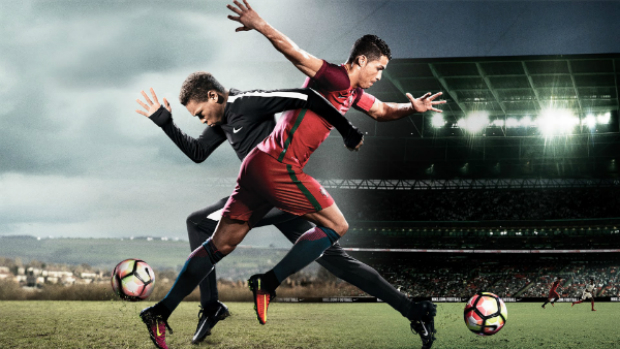 20-year old Anthony Martial has been a member of France National Football Team since 2010, and has already won the attention of the people with his amazing skills. A current ManU player, Martial was brought to the English team with the highest amount ever paid to a teenager in the history of football. He received the honour of the 2015 Golden Boy Award for the best under-21 player in Europe.

Nike brings the two players – a former ManU star, and a current one – together, along with some other well-known faces, in this unique commercial. It has an interesting storyline – we will not give you spoilers by describing it, but give you a hint; as it might be evident from the name, Ronaldo and Martial end up having a body switch! How does it happen? What happens to their lives after the switch? To find it all out, you need to watch this amazing short by Nike.