Something incredible has happened between Lionel Messi and Cristiano Ronaldo

Whether you’re pro-Lionel Messi or pro-Cristiano Ronaldo, it’s been a privilege to watch the duo battle for No.1 in world football over the past 10 years.

At this moment in time, Messi still comes out on top in terms of Ballon d’Ors, but it’s expected Ronaldo will level the scores in December.

The Real Madrid man has enjoyed a stellar year at the Bernabeu, winning the La Liga and Champions League double and being named the FIFA Best Player. 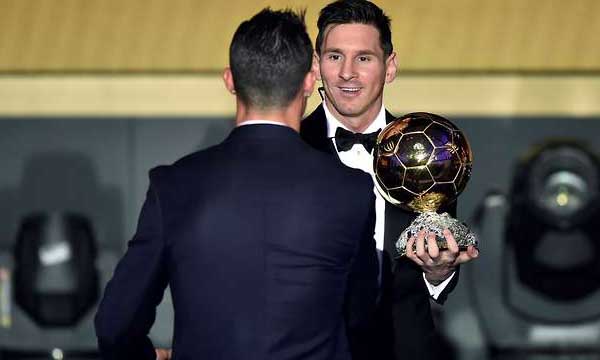 Should Ronaldo win the Ballon d’Or, he will take his tally to five and join Messi as the player to have won the award the most times.

Their rivalry is unlike anything ever seen before in football and one of the best things about it is they have huge respect for each other.

Back in May, Ronaldo said that while he’s not close friends with Messi, he enjoys watching him play for Barcelona and Argentina.

“I like to see all good players and Messi is one of them. He is a player,” he told Fox Sports. “I really enjoy seeing him on the pitch and all the great players.”

“Whenever I’m with him, I have a very good relationship with Messi. It’s not that I go to his house and eat together.

“He is not a friend, but I consider him a companion by profession and not a rival because I don’t like it, like comparisons. It is part of the work and the world of football.”

Messi then returned the favour over the summer, saying: “I have always said it – and [Ronaldo] from his part – that he is armed with the presence of us both.

“We try to achieve the best every year for our team, and what is said outside of that I don’t think is very important.

“He is a phenomenal player with a lot of quality. All the world knows, and that is why he is one of the best of the world.”