Top 10 most luxurious house of Cricketers

Sportspersons and the luxuries are not so much separable terms now a days. Athletes including players from football and cricket are among today’s richest personalities in the world courtesy the exaggerating amounts of money they receive from their teams and sponsors. Cricketers following the footsteps of soccer players are also turning into glam brands ever ready to shine in the advertisement arena as well. Thus in return adding a huge amounts of coinage into their purse. And once their cricketing schedule gets done, they only have to live their lives with their families in some of the most luxurious house of cricketers. Most luxurious house of cricketers, either present or retired, is an interesting story on where the biggest names in cricket world would most probably spend their life after cricket. Take a look and feel jealous for not having chosen cricket as your prime profession.

Top 10 most luxurious house of cricketers

Built in 1896, Engeltine Cottage is Kumar Sanagkkara’s ancestral home in Kandy. One of the most luxurious house of cricketers, the bungalow got its name from the former owners of it several years before Sangakkara’s family bought it. A well decorated house sounded by the fruit-loaded garden is the place where one of the best cricket batsman was born. The interior of the house is decorated with some of the rare art works and delicate wooden furniture.

Little master Sachin Tendulkar owns a 3-storey building in Bandra, Mumbai. With all the built in facilities like swimming pool, car garage etc. the villa is spread over 6,000 sq. ft. secured with high-walled fence and CCTV cameras the house’s top floor is occupied by the player himself with his wife. While the lower two floors are reserved for their children and guests along with some arrangements to display the cricket awards Tendulkar has won throughout his career. Basements of the house are being used as car garage.

Chris Gayle owns one of the most luxurious house of cricketers. His funky life style is not a new thing to his fans. One of the best hard hitters in cricket world loves to party whenever he has some spare time. Glimpse of his luxurious king like life style are absolutely evident from his million dollar 3-storey house in Jamaica. The Party King has a built-in dance floor right in front of his bedroom apart from his stunning-view poolside, closet, gym, kitchen and bedroom.

One of the greatest batsman in cricket history featuring in player with most runs also makes his name into the luxurious house of cricketers list. Brian Lara the record holder for the highest individual score in a test match inning, owns a super luxurious house in Port of Spain, Trinidad and Tobago. Though there has been a very few media with an honor to get the inside view of the house, considering the outer shine of the palace visualizing the inside exquisiteness is not that tough.

The former Indian captain Sourav Ganguly gets the name of prince of Kolkata and the reason for him being known with the name is the prosperous family he has grown up in. Nicknamed ‘Dada’ Sourav Ganguly owns a 48-room 4-storey palace in Kolkata. Beautifully shaded form the outside, the bedrooms and dining rooms have splendid wooden works from inside keeping the traditional elegance of the palace intact.

One of the fastest cricket bowlers in the world, the former Australian pacer lives in peace in his luxury Seaford Mansion on Sydney’s Middle Harbour. Loaded with a swimming pool, spa and a 20 square meter gym, Brett Lee owns one of his personal farms as well where he relaxes with his son while cooking steaks.

The stunning $8.5 million five-bedroom home of the former Aussie captain is in Sydney’s eastern suburbs. Built in 2009, one of the best house of cricketers sits on more than 1,236 sqm and features six limestone bathrooms and eight garage spaces. The new home also comes equipped with a sandstone entry, extensive terraces, a pool, large study and terrace. Also Michael Clarke can re-live his cricketing moments in the backyard of the house with enough space to be a cricket pitch.

The cricketer and his sports reporter wife paid $9 million for a luxurious four-bedroom home in the hale and hearty beachside environment in eastern suburb. Located in the same area as Michael Clarke’s $8.5million villa, the home sits in one of the most selected streets of Bronte. The four-bedroom home has views of both Bronte and Tamarama beaches on a walking distance. 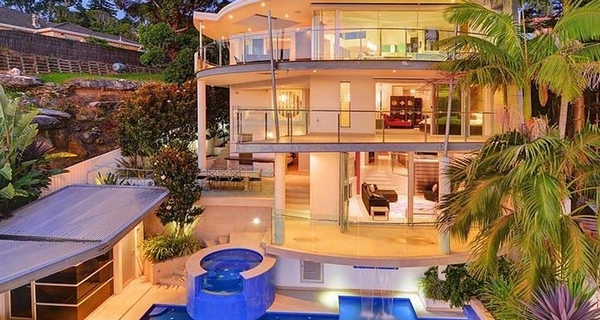 Former Australian batting legend Ricky Ponting’s house is nowhere less than his impressive run records in cricket. Protected by a 7-camera security system, this $10 million mansion has seven bedrooms, billiards room, library, marble fireplace, theater, pool, full-size tennis court and a private access lane-way to the beach. Now imagine living in such a luxurious villa after putting up an exemplary show of cricket throughout the career. 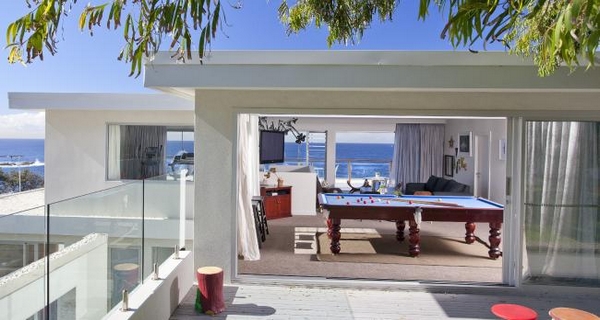 The IPL 2016 winner captain David Warner has probably the best of all house of cricketers not just for it’s inside architecture but the mesmerizing outside view of the Gordon Bay. Worth $ 6.25 million, this stunning Villa known as the Coogee property was chosen by the opening batsman after the birth of his first child Ivy. Before this David Warner used to live in a two-bed bachelor styled beach pad in Sydney.