West Indian opening batsman Chris Gayle has a pure reputation of being the most destructive batsman in the T20 format of cricket. The left handed power hitter is a phenomenon whenever we talk about the most brutal ways of hitting the cricket ball. The rise of Chris Gayle was particularly attended when the mighty Jamaican landed on the Indian soil to represent Royal Challengers Bangalore in IPL. Although having the catchiest names in the lineup, RCB has not been able to lift a single title since the league started. However Chris Gayle has been a hit and has bagged a number of records for himself including the fastest T20 century in cricket. 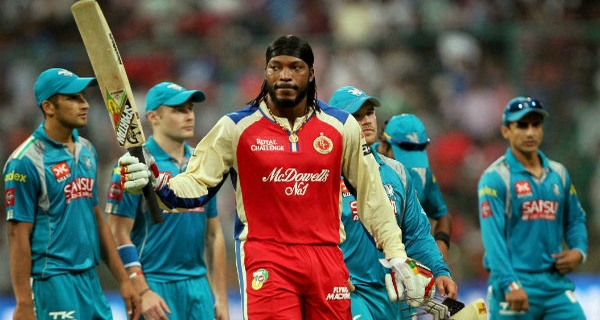 The 23 year old Trinidad and Tobago (T&T) batsman Iraq Thomas is now the world record holder for an overall fastest T20 century in cricket history. Iraq Thomas smashed a three figured inning in Tobago Cricket Association’s T20 tournament at Louis D’or on Sunday in just 21 balls. Playing for Scraborough/Mason Hall, the 2015 Atlantic-Kieron Pollard Scholarship winner made a flying 131 runs off just 31 balls, chasing down a target of 152 in just 8 over against Speyside.

“You can even chase down 180 on this ground because it is not the biggest and it gave me real confidence to go after the bowlers. I never thought I would get the runs as quickly as I did but after hitting a few, I realized that something special can happen out there and it came through.” Said ‘the next Christopher Henry Gayle’ after the game.