Cristiano Ronaldo has become a spark in front of goal. The Portuguese striker has recovered to his usual devastating pace in front of the goal. After a hesitant start of season, Cristiano Ronaldo has already managed to get in spectacular numbers, 12 goals in the last seven meetings rightly prove it. Since Madrid‘s 4-0 El Clasico loss against Barcelona on 21 November, the Portuguese has seen goal in seven of the last eight matches. The team missed him at Villarreal but he acknowledged his presence in the last two days of the Champions League and five more league games.

Shaktar, Eibar, Getafe, Malmo, Rayo Vallecano and Real Sociedad are the latest rivals against whom Cristiano Ronaldo has regained normal rhythm of goals. He scored two goals against the Ukrainians, closed the match against Eibar and scored the fourth goal against Getafe. Rayo Vallecano also suffered a brace of the Portuguese on 20 December.

Cristiano Ronaldo appeared decisively against Real Sociedad. When the outcome was in danger, when Madrid was worse, Ronaldo hit a volley after a corner to score the 2-1 and gave peace to Real Madrid. Cristiano Ronaldo has closed 2015 as usual, beating all the odds and being the top goal scorer. At the end of 2015 his total volley in the Spanish League since his move to Real Madrid in 2009 stands as; 217 games, 239 goals, 68 assists and 28 hat-tricks. The Portuguese striker has 37 league goals during 2015, more than any other player in Europe’s top 5 leagues. With 516 goals Cristiano Ronaldo stands as the top goal scorer of the 21st Century. Real Madrid’s most reliable front-man has been unstoppable in front of his home crowd. Cristiano at the Bernabéu with Real Madrid has played 158 games scoring 182 goals including 132 wins 17 draws and 9 losses. Real Madrid’s next game is in four days against Valencia. The current 3rd positioner in league will be hoping to start the New Year with a victory.

The top goal scorer Cristiano Ronaldo is back in Real Madrid’s scoring lineup. A double against Real Sociedad has placed the Real Madrid striker to second placed in the top scorer list in the Spanish League. The Portuguese has scored already 14 goals in 17 games he has played so far. The best version of no. 7 is returning to the delight of all Madridistas. Cristiano Ronaldo yesterday entered with the option to regain the top scorer’s title in a single day. He missed one of the two penalties which released and pardoned a clear hand to hand with the goal of Rulli. The Argentine goalkeeper pulled a magnificent walk to thwart a counterattack of Real Madrid. After many attempts in the second half, Ronaldo hit a spectacular volley for Real Madrid’s second goal. Luis Suarez could only endure Cristiano Ronaldo marking another brace against Betis to reclaim the top goal scorer in La Liga. The Uruguayan has 15 goals in this league, one more than Cristiano Ronaldo and team-mate Neymar. The other three big stars of the league are Karim Benzema 11 goals, Gareth Bale 8 goals and Lionel Messi 6 goals.

After all the matches of 2015 being played out, Cristiano Ronaldo stands once again as the top goal scorer in Europe. His impressive record of 57 goas in 57 matches for both the club and country make him Europe’s top goal-getter for the fifth consecutive year and let’s not forget this is the worst season of the Portuguese in terms of scoring ratio. Cristiano Ronaldo wants to win collective awards as well as he is well aware that being individually superior does not mean a lot. Despite finishing as the top scorer last year Cristiano Ronaldo’s chances of winning the prestigious Ballo d’Or award are much lesser than Lionel Messi who on the other hand enjoyed five trophies with Barcelona in 2015. For Real Madrid to be the best other members of the team have to respond because the goals of best player in the world are of little use if there is not the necessary balance defensively.

Real Madrid’s BBC vs MSN from Barcelona, the two of the deadliest trio in football world at present. Comprised of six most deadly forwards in the world the two groups have gone nuts against each other when it comes to goal scoring. However now a day people often give MSN an edge over BBC keeping in mind their current goal run. But the data suggests that Real Madrid’s BBC have scored the same number of goals this season in La Liga as the Barcelonan trio. Yes, it is true that Messi has been two months off the pitch but on the other hand Bale has also lost much of the league as well as Benzema has been out for a few matches. BBC vs MSN, the two tridents have added 35 goals each in the national league championship so far. At Real Madrid, Cristiano Ronaldo has scored 14, Benzema has already gone up to 12 while Gareth Bale and has nine after he scored four in Mestalla on Sunday. Without being a superlative level, the Real Madrid triplet front has held the team scoring 35 of the team’s 46 goals in the league.

Lionel Messi, Neymar and Luis Suarez at Barcelona are in great form and some even were suggesting that all three should have been in the final of Ballon d’Or final list. However the fact that a player cannot get the golden ball for his half season, cannot be ignored. Neymar and Luis Suarez have been dominant in this season only and in last season they were nowhere near Cristiano Ronaldo’s level. The Real Madrid striker despite having his worst season of the career is giving the tough challenge to both Neymar and Suarez in scoring goals. So far Luis Suarez has scored 15 goals, Neymar fourteen and Leo Messi just six goals in La Liga totaling to 35 as Real Madrid’s BBC.

Cristiano Ronaldo proves his love for his son [Video]

Cristiano Ronaldo and his son are like two souls and one heart. The cutest father-son football duo in the world are a real charm when found together. Though Cristiano Ronaldo has not revealed the mother’s name, his fatherly love has got the shortage covered.

“For me it is not a problem. I will say in the world, many kids don’t have mum, don’t have dads or dads die or mums die… Cristiano has a dad, an unbelievable dad. [He has] a grandmother, I have the support of my family, great of course,” the 30-year-old soccer star said on The Jonathan Ross Show. Cristiano Ronaldo is the richest footballer in the world that makes his son also an ironic kid. Growing with a millionaire is not easy for a child of Cristiano Jr’s age. Cristiano Ronaldo knows the risk and has taken all the responsibility of son’s growth in his own hands.

“It’s not easy, it’s not going to be easy but for me in my mind the way of thinking, it’s all about education. If you will give good education, he will be strong and he will now appreciate the things. I cannot avoid to show him a good car, good houses, a good quality of life. You cannot avoid you know… If you will be in my shoes what are you going to do? It’s all about education, you have to give good education and pass to him. [I tell him] to win this, Daddy works hard, to have this house, to have this car. I cannot do anything more and my mum helps him a lot, my brothers, the education of family is kind of similar and Cristiano is going to have the same education as me and after in the future, he’s going to be whatever he wants. I cannot control that.”

Cristiano Ronaldo proves his love for his son [Video]

The whole world knows Cristiano Ronaldo as the richest footballer in the world while his haters call him selfish and arrogant. Incredibly talented, filthily rich and ultra-famous, Cristiano Ronaldo has many faces for the world. To some people he is the worst nightmare especially the ones who had to face his brutal penalty kicks while on a goalkeeping charge while to many he is the life savior. Born in Madeira and picked by Sir Alex Ferguson the 30 years Old Portuguese has an incredible life story.

“You need to understand where Ronaldo comes from,” the Spanish author Guillem Balague tells us. “He had absent parents. His dad was an alcoholic and his mother had to become the head of the family, so she was never there.

“He has had a lack of fatherly love, if you like, and psychologists believe that when that happens, you spend all of your life looking for a replacement. Sir Alex filled that void. He told Cristiano that he would look after him and he did that”. 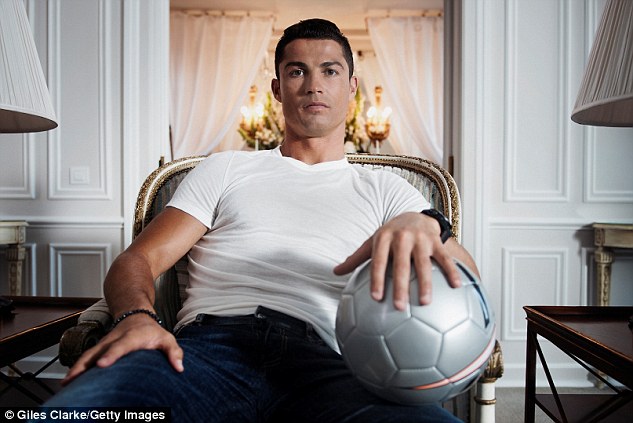 Cristiano Ronaldo’s inclusion into Manchester United camp was a challenge in itself as he had to deal with some of the most egoistic player.

“Players like Ryan Giggs, Gary Neville and Paul Scholes tried to change him and they tested him. But one of the fascinations of Ronaldo is that he changed them. He wanted to do things differently, in the way he worked in training and how he prepared for matches. They looked and they learned from this kid.”

“The attraction of Real Madrid was already there for him but if he’d gone there as an 18-year-old, they wouldn’t have had patience with him. He may have been lost to them because at that age, he wasn’t consistent.