Home » Sports » Cricket » Yet another controversy for Chris Gayle in IPL

Yet another controversy for Chris Gayle in IPL

Christopher Henry Gayle, the name that often personifies the most fearsome had hitting batting cricket world has no omission form controversies as well. The West Indian opening batsman gets his name among some of the most attacking cricket players in world especially in t20 leagues around the world. His batting record especially in Indian Premier League has no match. However at one end Chris Gayle in IPL has some unmatchable records on the other he has been the centre of controversies throughout his career. 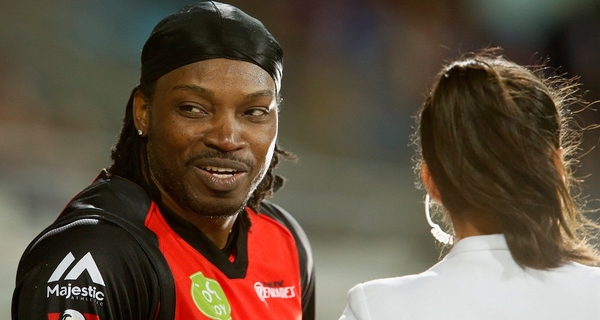 The Jamaican became the centre of media focus earlier this year for his ‘inappropriate comments’ with a female TV presenter during the Australian Big Bash League. The incident was hardly resolved when again Chris Gayle took social media to troll his critics adding more sexist statements.  Eventually the big man was deprived of his BBL contract by the franchise Melbourne Renegades. Taking no lessons, Chris Gayle is yet again in the center of a controversy this time with BCCI.  Playing for Royal Challengers Bangalore, Chris Gayle in IPL hasn’t been a much success this year. However that did not prevent him from inviting the wrath of IPL officials. Gayle has on been on the receiving ends of criticism following his comments to a British journalist. The reported comments were: “a very, very big bat, the biggest in the wooooorld. You think you could lift it? You’d need two hands.” 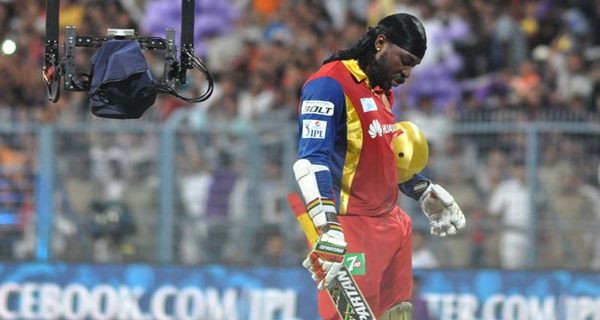 The 36 year old has been defending since the matter turned into a controversy stating that the comments were given in frisk. Still BCCI is making its mind to look into the matter once the ongoing edition of IPL concludes.

“The players must behave. We expect the players to adhere to a certain kind of behaviour when the tournament is on. The players should maintain the sanctity of the league. These kind of statements are totally uncalled for in public domain. I will take up this issue with the president and the secretary of the BCCI,” Chairman IPL Rajiv Shukla told The Time of India.